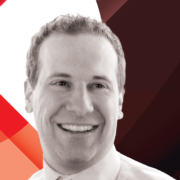 United Wholesale Mortgage’s CEO Mat Ishbia is a finalist to buy the Denver Broncos, which have been up for grabs since February 2022.

As first reported by 9NEWS, four contenders are currently in the running to snatch the team: Ishbia and his brother Justin Ishbia, who owns 22% of UWM; Josh Harris, owner of NBA Philadelphia 76ers and NHL New Jersey Devils; Rob Walton, son of Sam Walton, who was the founder of Walmart; and Jose Feliciano, co-owner of Clearlake Capital, which was the money behind Todd Boehly’s successful bid for Chelsea Football Club in London.

Ishbia and his brother reportedly toured the Broncos’ facilities in mid-May.

The decision of who will become the team’s next owner may be just around the corner. The deadline for submitting second-round bids is on Monday, June 6, per 9NEWS.

Bidding for the team is expected to start somewhere around $4 billion, but the final purchase price is likely to be higher. When the sale was originally announced, the football team, which has three NFL championships under its belt, was valued at $3.75 billion.

Ishbia, who, according to Bloomberg, has a net worth of $5.45 billion, has been actively involved in sports since his college years and continues to be. UWM’s CEO played for four years as a backup point guard for National Championship-winning Michigan State from 1998-2002.

In June 2021, UWM, the nation’s largest wholesale lender, announced that it was the new jersey sponsor for the Detroit Pistons. Financial terms of the deal weren’t disclosed to the public.

The Pontiac-based wholesaler also sponsors Ishbia’s alma mater, Michigan State. Last year he made a $32 million donation for a new football building Ishbia announced in September 2021 that UWM will sponsor all men’s basketball and football players with $500 dollar monthly stipends. The only catch is that players have to advertise UWM on their social media pages.

It is not unusual for lenders to be involved in the sports world, whether that be basketball, football or baseball.

Dan Gilbert, founder of Rocket Mortgage, is the majority owner of the Cleveland Cavaliers. And in 2020, Rocket become the official mortgage sponsor of the NFL.

loanDepot on the other hand is an official mortgage provider of Major League Baseball (MLB). In March 2021 loanDepot announced that it was named the presenting sponsor of the American and National League Championship Series through 2025.