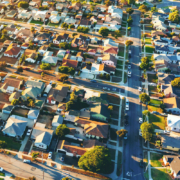 Mortgage delinquency rates hit pre-pandemic levels in October due to labor market improvements and home equity increases, according to the most recent CoreLogic Loan Performance Report. The expectation is that rates will continue to decline during 2022.

“Improving economic security and the benefits of disciplined underwriting practices over the past decade are helping reduce or avoid mortgage delinquencies,” said Frank Martell, president and CEO of CoreLogic, in a statement.

The report found that 82% of the jobs lost in March and April 2020 were recovered by October, accounting for 18.2 million Americans back at work, according to the Bureau of Labor Statistics.

According to Martell, the expectation is that delinquency will trend down as the economy continues to rebound from the pandemic, employment grows, and high levels of fiscal and monetary stimulus continue.

In October, the transition rate – mortgages transitioning from current to 30 days past due – dropped one basis point in one year to 0.7%.

The serious mortgage delinquency rate (90 days or more past due, including loans in forbearance) dipped 19 basis points year over year to 2.2% in October.

However, some borrowers are still facing severe financial challenges. “Nonetheless, there were about one-half million more loans in serious delinquency in October than at the start of the pandemic in March 2020.”

The report, published on Tuesday, accounts for only first liens against a property, and rates are measured only against homes with an outstanding mortgage. CoreLogic has approximately 75% coverage of U.S. foreclosure data.

FinLedger doubles down on proptech, partners with Tech Nest podcast
Scroll to top