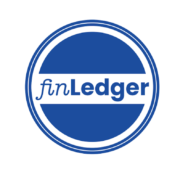 Since its launch in August 2020, FinLedger has kept its pulse on the explosive and expansive sector of financial technology for thousands of readers. And now we’re ready for the next stage of FinLedger’s growth.

As part of HW Media’s vision to cover All Things Housing, FinLedger will narrow its focus to proptech coverage, doubling down on a category of fintech that attracted $32 billion in investment in 2021 and yet is oft-overlooked by newsrooms.

It is a sector, however, we won’t (and can’t) ignore for our audience of housing professionals. As a result of our renewed focus on proptech, FinLedger will now be supported by our best-in-class housing newsroom — spanning real estate, mortgage, and reverse mortgage — led by Editor in Chief Sarah Wheeler.

And to double down on our investment to cover proptech, FinLedger has partnered with Nate Smoyer in re-launching Tech Nest, a weekly podcast conversing with the movers, shakers, and innovators in PropTech. You can subscribe to it here and listen to the first relaunched episode here.

Smoyer is the director of marketing at Avail, where he leverages tech, leadership, and team building as he works with early-stage proptech companies to scale growth.

We’re excited to continue this journey with you. And to keep up with where PropTech is at and where it is going, subscribe to the FinLedger Daily newsletter.

The post FinLedger doubles down on proptech, partners with Tech Nest podcast appeared first on HousingWire.