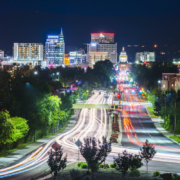 Boise, Idaho was the No. 1 midsized housing market to watch in 2020, according to Zillow, because of its draw for young professionals, families, and retirees alike. In 2018, Forbes ranked the city No. 1 on its list of America’s Fastest Growing Cities.

The demand is clear — the Boise housing market has just 0.3 months worth of supply, according to Keller Williams Realty Boise, and homes typically stay on the market for just five days. That has led to a sharp increase in the median home price to $390,000, a 16.4% increase compared to this time last year.

Steven Caporale, founder and principal of Accel Realty Partners in Boise, has been in the industry for 25 years and said he’s never seen the housing market look like this.

It’s not uncommon to hear that bids on homes are that high, according to Stacie Herrig, a Realtor with Epic Realty in Meridian, Idaho, and sometimes she can see 10 to 20 offers on a home. Especially if a home has acreage, it will “fly off the market.”

“I’ve talked to an agent and they’re like ‘Oh yeah, I had this coming soon and I already had an offer on it.’ They’ll just write an offer sight unseen,” she said.

Chase Craig, a Realtor with Keller Williams, Own Boise, said that a property of his recently had 30 offers, and those offers had a $65,000 gap between them.

Homebuyers in Craig’s market are mostly from out-of-town. Craig said that the state of the Boise market makes buying homes unaffordable for current residents, because of low wages.

“Affordability for people who are from Idaho and work in Idaho, it’s difficult,” Craig said. “The rates have helped, for sure, but I don’t know what we would do if the rates were higher. I don’t think locals would be able to really play in this market, on a high percentage [rate] at least.”

A lot of homebuyers from Sacramento — a hot market in its own right —are reaching out to Christina Ward, looking for more space as they work from home and school their kids from home. Ward, a Realtor with Keller Williams, Christina and Company, said that her business is up 30.6% year over year, but said this is a trend that’s been building up over the last few years.

“Boise, Idaho, has really become famous for the last couple years, it seems like there’s a big relocation boom to our areas from the California and Washington State areas,” Ward said.

Ward said that she sees multiple offers on most listings, including homes that are in the luxury part of the market.

Dopp said her clients come to Boise for the cost of living, conservative environment and to enjoy the four seasons Idaho has to offer.

Like Ward, Dopp’s business is up year over year as well – last year, she said her business served 180 families and this year it has served 245.

Because existing homes aren’t available, builders are less likely and less willing to build a custom home, unless it’s in the higher price points, Dopp said.

The apartment market in Boise is heating up, too. According to Apartment List, the Boise market ranks No. 1 for rent growth – since March alone, rent has increased 9.1%, putting the median two-bedroom rent at $1,015. Year over year, rent has increased by 10.5%.

The post Homes in Boise, Idaho are “flying off the market” appeared first on HousingWire.

Even with low inventory, expect a strong 2021 housing market
Scroll to top