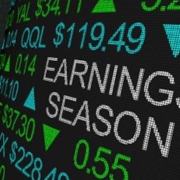 Blackstone Group-controlled Finance of America posted record margins and originations in the third quarter, ahead of its public offering via a blank check company in 2021.

Finance of America, which operates through retail, wholesale and correspondent channels, reported $242 million in income during the third quarter, a 66% increase from the second quarter. The lender and servicer has earned $345 million in the first three quarters of 2020, up 466% from $61 million during the same period last year.

The gain-on-sale margin for the third quarter was 4.69%, well above the 4.19% recorded in the second quarter.

“Our platform was purpose-built to create a business that could better withstand the cyclicality of most consumer lending businesses,” CEO Mary Cook said on an earnings call. “So, while we continue to take advantage of the favorable rate environment within our forward-mortgage segment, we see continued growth in our other lending segments and our non-lending segments.”

As the company celebrates its 10th anniversary, WFG continues to look for new ways to serve its clients, consumers and industry.

The nonbank lender and servicer is expected to make its public debut in the first half of 2021 via a merger with special purpose acquisition company Replay Acquisition Company, at an expected $1.9 billion valuation.

After the merger, Finance of America is slated to receive a $250 million investment from institutional investors. Blackstone will own 70% of the company.

Blackstone has expanded its Finance of America corporation through a number of acquisitions in recent years, including pickups of Gateway Funding, Pinnacle Capital Mortgage and Skyline Home Loans.

The post Finance of America reports record third quarter as it gears up for IPO appeared first on HousingWire.

Homes in Boise, Idaho are “flying off the market”
Scroll to top