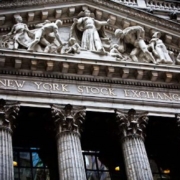 Technically speaking, Home Point Capital itself is not selling any shares in the offering, though it appears that the firm’s private equity backers, through an affiliate, are cashing out. The sellers of the stock expect to grant the underwriters a 30-day option to purchase up to 1.875 million shares of the common stock.

According to the SEC filing, Stone Point Capital, the private equity firm that controls Home Point Capital through an entity called Trident Stockholders, will retain 88.4% of voting rights.

Homepoint, led by mortgage veterans Willie Newman, Andrew Bon Salle, Maria Fregosi and Phil Shoemaker, originated $46.3 billion in originations through its broker network in the 12 months that ended Sept. 30, 2020. It originated a total of $38 billion in loans through the first three quarters of 2020, according to the S-1. It’s a phenomenal rise for a lender that originated just $10.6 billion in 2018 and at one point had a retail operation.

The $38 billion origination figure makes Homepoint the third-largest wholesale lender in America, behind United Wholesale Mortgage and Rocket Pro TPO, and ahead of Caliber Home Loans. Overall, Homepoint is the 10th largest nonbank originator in the U.S.

Homepoint has operated somewhat differently to other wholesale lenders, opting to service all of its loans.

It’s likely to go public in February or March, sources have told HousingWire.

The company’s stock pricing coincides with the public debut of its biggest rival in the broker channel, UWM. UWM is valued at $16.1 billion following its merger with a special purpose acquisition company and debut on the New York Stock Exchange.

James Kleimann is the Managing Editor of HousingWire. You can reach him at jkleimann@housingwire.com.

The post Homepoint’s parent in line for $3B valuation with stock sale appeared first on HousingWire.