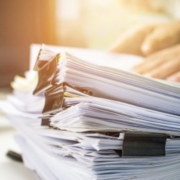 Nearly three months after CoreLogic confirmed it was exploring multiple acquisition offers following the rejection of a hostile takeover bid, the data giant is now evaluating the final two bidders.

Citing anonymous sources, Bloomberg reported that CoStar Group and a private equity group led by Warburg Pincus are currently competing for the data provider, though it is unclear if either have made an offer yet.

If CoStar were to close the deal, it would be the largest acquisition the Washington, D.C.-based company has completed, Bloomberg data revealed. That would be impressive, considering CoStar has already spent billions acquiring other firms in recent years, including a $250 million buyout of Homesnap in November and a $190 million deal for Ten-X Commercial in March.

After its filing of bankruptcy in February, Rentpath, which owns Rent.com, ApartmentGuide.com, Rentals.com and Lovely.com, agreed to sell to CoStar for a reported $558 million. However, the deal was blocked by the FTC in December, citing the acquisition would “effectively eliminate price competition” given the twos rivalry.

Since July, the company has been fighting a public battle with investors who jointly own or have an economic interest equivalent to approximately 15% of CoreLogic’s outstanding common stock. In a July letter sent to CoreLogic’s board of directors, Cannae Holdings and Senator Investment Group proposed buying the firm in an all-cash offer for $66 a share.

The investors dropped their takeover bid on Nov. 2 after CoreLogic confirmed it was exploring multiple offers to sell at or above $80 per share, however, it did not deter the investors from turning up pressure on shareholders to fully replace the board with their own nominees.

On Nov. 24 a compromise was reached after a proxy vote was held that replaced three of the 12 directors on CoreLogic’s board with that of the investment groups’ nominees. Following the internal shakeup CoreLogic said the company’s selling process was still well underway.

“We are pursuing a process that is designed to achieve a successful outcome, and we expect to receive definitive proposals in early 2021,” the company said at the time.

But beyond standard data reports and tech releases, the company went quiet on the acquisition front, though Bloomberg had previously reported in October CoStar had in fact offered $77 to $83 per share for the data giant.

As of Thursday, CoreLogic’s stock closed at $76.79 per share on Thursday, giving it a $5.9 billion market cap.