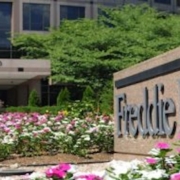 Months after the departure of David Brickman, Freddie Mac has tapped Marc Grier to serve as CEO on an interim basis, the government sponsored entity said on Tuesday.

Grieg will be intimately aware of the challenges he faces as interim CEO: he is currently a member of the board of directors.

“As a member of the board of directors, Mark Grier is already an invaluable asset to Freddie Mac, bringing more than four decades of experience in finance, risk, markets and capital management. He is ideally suited to lead the company as we continue a thorough search for a permanent CEO,” said Sara Mathew, non-executive chair of Freddie Mac’s Board of Directors. “I thank Mark for his leadership and look forward to working closely with him to continue serving the nation’s homeowners and renters.”

Grier served as vice chairman and board member of Prudential Financial until his retirement in 2019. He joined Freddie’s board in February 2020 and will continue to serve as a board member during his tenure as interim CEO, the GSE said. He joined Prudential in 1995 as chief financial officer and rose the ranks to being named to the office of the chairman in 2002 and vice chairman in 2007. He oversaw finance, risk management, the chief investment office, corporate actuarial, investor relations, global business technology solutions, marketing and communications. Grier led Prudential’s $3 billion IPO in 2001, which at the time was one of the biggest IPOs in history.

Brickman, who took over as CEO of the company in July 2019, left Freddie Mac on Jan. 8. Michael Hutchins had been named as interim president, effective Nov. 16. Hutchins continued to lead the investments and capital markets business during his stint as interim president. He did not receive any additional compensation.

His departure more or less coincided with the election of President Joe Biden, which dashed the hopes of many that Freddie Mac and Fannie Mae would exit conservatorship. Other executives who have left the GSEs in recent months include Andrew Bon Salle, John Forlines, Jean Weng and Desmond Smith.