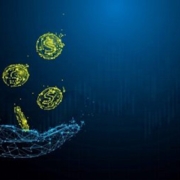 Brian Brooks, former acting head of the U.S. Office of the Comptroller of the Currency, has joined the board of Spring Labs, a startup tech provider for cryptocurrencies and blockchain.

This is not the first dip Brooks has taken in the cryptocurrency pool, having been a founding adviser to Spring Labs from 2018 to 2020 as well as the chief legal officer at Coinbase, one of the world’s largest digital currency exchanges, for nearly the same timespan. He joins as its first independent director.

“Spring Labs is transforming financial data exchange in a way that is better for consumers,” Brooks said in a statement. “I launched my financial inclusion initiative Project REACH while at the OCC, and I look forward to working with the Spring Labs team to bring the benefits of financial services to more Americans, while reducing cost and increasing security for everyone.”

According to its release, Spring Labs has raised over $38 million in funding from financial institutions such as GM Financial, SoFi and Avant. The blockchain startup is also advised by industry veterans such as Sheila Bair, former chair of the FDIC, and Gary Cohn, president and COO of investment banking and securities firm Goldman Sachs, Bobby Mehta, former CEO of TransUnion and Nigel Morris, co-founder of Capital One.

Brooks said he sees the Spring Labs platform as key “middleware” that builds upon the legacy of his time at the OCC. He originally rose to the top job at the banking regulator just two months after joining as chief operating officer and first deputy comptroller.

Following former acting comptroller Joseph Otting’s decision to step down, Brooks made it clear that technology was the next greatest path forward for banking and financial institutions.

“We should support banks’ use of new technology, products, and models that safely and fairly accelerate the velocity of money, create greater financial inclusion, and empower consumers and businesses with more control over their financial affairs,” Brooks said.

In November, Brooks was nominated by former President Donald Trump to serve as the 32nd Comptroller of the Currency. However, he chose to resign in January.

In August, the Federal Reserve released it was doing research in to the benefits and risks associated with central bank digital currencies. Though experimentation has been going on for several years in the government agency, the COVID-19 pandemic was a dramatic reminder of the importance of a resilient and trusted payment options.

“Given the dollar’s important role, it is essential that the Federal Reserve remain on the frontier of research and policy development regarding central bank digital currencies,” said Federal Reserve Board Governor Lael Brainard.

At HousingWire’s Spring Summit earlier this month, Figure’s Mike Cagney told attendees that he planned to acquire at least one mortgage company to bring blockchain technology to the industry at scale.

The post Cryptocurrency provider picks up former head of the OCC appeared first on HousingWire.