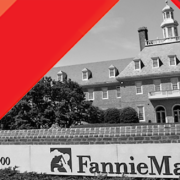 Redwood Trust Inc. has long been a major player in the private-label securitization market, and it sees a looming problem brewing in the housing industry.

That issue is about boundaries — specifically, the line drawn between the roles of private industry and the government in the housing market.

Redwood completed more than $1 billion worth of private-label securitizations involving jumbo and business-purpose loans in the third quarter of this year alone, U.S. Security and Exchange Commission filings show. The company, through its Sequoia program, has been particularly adept at working in the jumbo loan market — securitizing some $30 billion worth of high-balance loans across 76 private-label deals since 2008, according to company officials.

That’s why the company is concerned with the expanding conforming-loan limits set by the Federal Housing Finance Agency (FHFA), which oversees the government-sponsored enterprises (GSEs) Fannie Mae and Freddie Mac. In particular, FHFA’s recently announced2022 conforming loan limit of $970,800 for single-family homes in high cost areas of the country has caught Redwood’s attention.

“The GSEs could more effectively support their affordable-housing mission with a reduced focus on high-balance loans,” states a white paper recently published by Redwood. “High balance loans divert capital and other resources to activity that does nothing to promote affordable housing.”

Redwood’s case against the conforming loan limits set for high-cost areas revolves around a couple of major markers that seem to merit attention in both the private- and public-sector. They boil down to the following:

“We disagree with the notion that high-cost areas need a higher loan limit to make homes affordable to local buyers,” Redwood President Dashiell Robinson said. “In our whitepaper, we identify a number of counties across the U.S. (there are many others) in which the GSE loan limits are supporting home values for income levels that are two-times that county’s median household income.

“Focusing more on loan sizes and products that support families earning at or below the median household income would better align with the GSE’s mission on affordability.”

In terms of the role of the GSEs versus the private market, Redwood executives also see the line shifting in an unproductive direction for the market. Robinson points out that “the private market has a consistent track record of providing rates at or better than the GSEs through a balanced model of securitizing and distributing whole loans to portfolio lenders like banks and insurance companies. “

Redwood’s white paper notes that overall private-sector jumbo loan origination volume for this year is estimated at $569 billion, with the average jumbo rate at 3.10%, compared to the average GSE conforming loan rate of 3.12%.

Robinson said the private market can price jumbo loans as efficiently as the agency market, pointing out that in 2021, the private-label market will securitize an estimated $60 billion worth of jumbo loans, triple the level of any prior year in the past 10 years. He said that highlights “the liquidity and appetite for privately funded mortgages at increased levels of scale.”

“Many traditional jumbo borrowers have an income or reserve profile that takes more specialized underwriting expertise to analyze and deem appropriate — for instance, many own their own businesses,” Robinson added. “The expertise in underwriting these types of borrowers is inherent in established private-market processes for underwriting and due diligence, which are in many ways different than what originators are required to do when selling to the GSEs.”

Redwood is not alone in its push to have the FHFA and market leaders in general re-examine the auto-pilot system of increasing conforming loan limits that has become the norm.

“Whether taxpayer backing of $1 million mortgages is consistent with the GSE charter is a question that legislators and policymakers should address,” said Ed DeMarco, president of the Housing Policy Council (HPC) and acting director of the FHFA from 2009 to 2014. “Home prices are high in select parts of the country, yet mortgages of this size are clearly being made to families at higher income levels.

“… Our concern is that policymakers and legislators are not addressing the question of what the appropriate role of government is in the housing-finance system.”

“With the GSEs operating in conservatorship, backed by taxpayers and established to serve a public purpose, the question for policymakers to consider is whether the loan limits respond to a market failure or further a public purpose,” DeMarco stressed.

FHFA Acting Director Sandra Thompson, recently nominated by President Joe Biden to become the permanent director of the agency, appears to be listening to the private market’s concerns about loan-limit creep, at least when it comes to the question of affordable housing.

“FHFA is actively evaluating the relationship between house price growth and conforming loan limits, particularly as they relate to creating affordable and sustainable homeownership opportunities across all communities.”

DeMarco said Thompson’s comments are encouraging, but at the end of the day, resolving this issue will require more parties to come to the table with earnest resolve to address the issue.

“We were pleased to see Acting Director Sandra Thompson note the relationship between house price growth and the increasing loan limits and her commitment to evaluate that relationship relative to affordable and sustainable home-ownership opportunities,” DeMarco said. “But this requires a full conversation among Congress, the [Biden] Administration, and FHFA.”

The future of the conforming loan limits, then, will likely ultimately require a political solution, if it runs through Congress and the White House. At least one executive with an Atlanta-based nonbank, however, said he believes the trend line on this issue ultimately leads to a decision favoring the private sector.

“The GSEs are not meant to give every single American a loan,” said Tom Hutchens, executive vice president of production at Angel Oak Mortgage Solutions, part of Angel Oak Companies, a long-time player in the non-QM market. “And so, I think long-term, they’re probably going to shrink their footprint, as opposed to continue to grow it.”