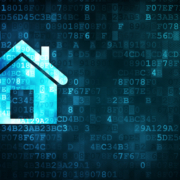 Special purpose acquisition companies’ appetite for real estate and mortgage businesses apparently isn’t dead yet, despite recent problems involving Better.com that pushed a merger with Aurora Acquisitions Corp. to next year, if at all. Blank check company Southport Acquisition Corporation concluded on Tuesday a $230 million capital raising to pursue acquisitions mainly in mortgage and real estate verticals in the United States.

The SPAC sold 23 million units at $10 per unit in an initial public offering (IPO). BofA Securities, the underwriter, acquired 3 million of them. The units are composed of one Class A common stock and one-half of a warrant (each whole warrant guarantees the purchase of Class A common stocks at $11.50).

“We plan to look for a leading financial services software or fintech partner, with particular focus on mortgage and real estate software verticals,” the company said on the IPO prospectus filed on SEC.

Southport is seeking a business that generates between $50 million and $100 million of revenues and is valued between $1 billion and $2 billion. The prospectus said that it has not initiated substantive discussions nor selected potential targets.

The SPAC is sponsored by Ellie Mae veterans, a software company sold in September 2020 to Intercontinental Exchange for around $11 billion. The SPAC’s CEO is Jeb Spencer, co-founder of the equity fund TVC Capital and former chair for the board’s M&A committee at Ellie Mae.

The SPAC’s chairman is Jared Stone, co-founder of the private equity firm Northgate Capital. He co-led an investment in the provider of mortgage origination software Del Mar Datatrac, sold to Fiserv in 2005 and Ellie Mae in 2011.

Sigmund Anderman, a member of the board of directors, co-founded Ellie Mae in 1997. Cathleen Schreiner Gates, CEO at the homeownership software company SimpleNexus, and Dave Winfield, the former Major League Baseball player, were also members of the SPAC board.

According to Southport’s prospectus, home sales accounted for $2.2 trillion and mortgage originations to $3.8 trillion in 2020 in the United States. Also, there are $100 billion in home insurance and $16 billion in title insurance, with outdated products and services. “We seek to partner with companies that are creating new technology-enabled solutions to provide a greater offering for consumers,” the SPAC’s prospectus said.

But last week, mounting problems involving Better.com harmed its aspirations of going public via a merger with Aurora Acquisitions Corp., a blank check company sponsored by Novator Capital. Better.com received a $750 million cash infusion from its financial backer SoftBank Group out of $1.5 billion in committed funding. The remaining $750 million would be doled out if the company goes public.

The amendment is likely to push its aspirations of going public in the fourth quarter of 2021 to next year – if it can get off the ground. After laying off 900 employees via Zoom, receiving bad press, the founder and CEO Vishal Garg took leave “effectively immediately.”