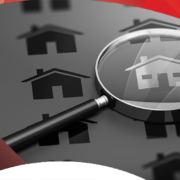 This article is part of our HousingWire 2022 forecast series. After the series wraps, join us on February 8 for the HW+ Virtual 2022 Forecast Event. Bringing together some of the top economists and researchers in housing, the event will provide an in-depth look at the predictions for this year, along with a roundtable discussion on how these insights apply to your business. The event is exclusively for HW+ members, and you can go here to register.

Experienced real estate investors often say that there are opportunities in every market — whether prices are rising or falling, whether the trends lean towards a buyers’ market or a seller’s market. It’s simply a matter of adjusting your investment strategy to optimize current market conditions.

But what if the market conditions include historically low levels of available inventory for sale, and competing for that limited inventory with institutional investors as well as millions of millennial homebuyers? And what if those market conditions drive home prices up to new price peaks at the same time that mortgage rates are rising and inflation is at levels not seen in 40 years?

That’s the state of the real estate market as we move into the new year, so the answers to those questions will determine the fate of real estate investors in 2022.

What are the drivers of housing demand in 2022?
5 predictions for the 2022 housing market
Here are 7 trends to watch in the 2022 appraisal market
The “Big Four” take on the upstarts in title insurance

Whether a real estate investor is a developer, a fix-and-flip expert or someone who buys properties to rent, the good news is that demand isn’t going away anytime soon. As HousingWire’s Lead Analyst Logan Mohtashami has pointed out frequently, demographics drive demand, and those demographics definitely suggest that there will be no shortage of homebuyers in 2022.

The largest cohort of millennials — the largest generation in U.S. history — are between the ages of 29-32, and the average age of a first-time homebuyer today is 33. The COVID-19 pandemic has accelerated a trend among millennials to migrate from urban renters to suburban homeowners, in part to move away from the perceived health risks of high-density city environments, and in part to take advantage of having the opportunity to work from home.

Also driving demand are historically low interest rates, which have kept monthly payments relatively affordable despite home prices that have jumped by 18-20% in the past year, and, according to a recent report from RealtyTrac’s parent company ATTOM,  have made it less expensive to own a home than to rent in 60% of the markets across the country. Despite that, and despite asking rent prices that soared 14% year-over-year, apartment vacancy rates are also at historically low levels, about 2% according to RealPage.

So opportunities should continue to abound for developers building owner-occupied properties or new rental homes; for fix-and-flippers bringing formerly distressed inventory back to market; and for single-family rental investors offering properties to families who’ve outgrown apartments. All these investors need are properties to sell or rent. And there, of course, lies the rub.

The Bad News: Limited Supply isn’t Going Away Either

According to the Winter 2022 RealtyTrac Investor Sentiment Survey, which tracks the state of the market in the minds of individual investors, 63% of the investors surveyed cited limited inventory as the biggest challenge they face today.

This marks the third consecutive time that “limited inventory” was cited as the biggest challenge, and 57% of the respondents believe that it will still be the biggest issue they face six months from now. Housing industry experts agree: Mike Simonson, CEO of Altos Research, reported on January 17 that the inventory of homes for sale had hit an all-time low of 284,000 properties.

December housing starts and permits increased to annualized rates of 1.7 million and 1.87 million respectively, suggesting that some relief may be on the way, but after a decade of under-building, it will take time before we reach a balanced level of supply and demand.

This unhealthy supply/demand imbalance has had a predictable impact on home prices, which was the second most frequently cited problem by investors (60%) in the RealtyTrac survey. Rising prices affect different types of real estate investors in different ways, of course.

Rental property investors probably have a slightly higher tolerance for rising prices since they can offset costs to a certain extent by charging more for rent; and rental property owners are often more concerned with cash flow than short-term price appreciation. Fix-and-flip investors, on the other hand, have to be more price sensitive, since their business model relies on buying low, managing repair budgets carefully, and making a profit at current market prices.

This has proved to be challenging over the past two quarters — ATTOM reported that while the total number of homes flipped had increased in both the second and third quarter of 2021, gross margins had decreased by over ten percentage points, from 43.8% in 2020 to 33.2% in 2021, the lowest level of gross margin since the first quarter of 2011, during the Great Recession.

Investors are also worried that inflation may make matters worse in 2022. About 88% of survey respondents expressed concerns that inflation would have an impact on their business due to higher material and labor costs, higher interest rates making financing more expensive, or because rising consumer prices might weaken demand from potential home buyers and renters.

Competition remains fierce, and iBuyers are here to stay

Individual investors find themselves competing not just with larger, institutional investors, but with traditional consumer homebuyers as well. Both were cited about 25% of the time as a major impediment by survey respondents in the current market and a likely problem six months from now.

iBuyers were expected to remain in the game, despite the exit of Zillow’s Instant Offers business from the category. Only 16% of the investors surveyed believed that the iBuyer model was intrinsically flawed, and that other major players would exit. More than twice as many believed that Zillow’s Zestimate, used as an integral part of the company’s buying strategy, simply wasn’t accurate enough, and resulted in improperly priced purchase decisions — a fatal flaw in a fix-and-flip model.

The post Will 2022 be a good year for real estate investors? appeared first on HousingWire.