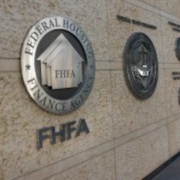 There is a well-known analogy about a frog and a pot of water. If you drop a frog into a boiling pot of water, the frog will leap out. But if you drop a frog into a pot of cold water and turn the heat up slowly, the frog will boil. Personally, I think the frog is in trouble either way, but that is beside the point. In the period since Mark Calabria has been at the helm of the FHFA, there has been both a steady stream of GSE executive departures as well as a plethora of policies adverse to the housing sector. The most surprising truth here is that the mortgage industry, awash with profits from the past year or so, has turned an almost blind eye toward these steps.

From CEOs to executive leadership, the exodus under Calabria’s reign has been pronounced. And why not? After all, a CEO of one of these companies doesn’t really work for his board of directors. In fact, he works for an FHFA director who controls everything from executive hiring decisions, public communications and mortgage policy.

For those who have spent their careers working in this sector and leading large organizations, I can only imagine how frustrating it might be reporting to a public official who has never actually been in the industry or managed anything close to the breadth of responsibilities of these companies.

More importantly, it is likely equally frustrating to know that the person in charge of your future, for now, has a philosophical zealousness about the company you have an executive role in.

On the policy front, the slow but steady chipping away at the programs of the GSEs has cumulatively shrunk the footprints of these two giants in financial services. This includes the new capital rule, through various policy surprises following the passing of the CARES Act, to the most recent policy proclamations quietly snuck into an amendment to the Preferred Stock Purchase Agreement (PSPA) in January. Calabria has been pursuing outcomes that he blatantly addressed a decade ago about these companies.

In fact in his testimony from 2011, Calabria explicitly called for much of what he has done to date. In this testimony, which also was published by the CATO institute, he called for the GSEs to be put into receivership, to pay employees on the government salary plan and to increase capital to bank standards.

He also wanted to eliminate investor properties and second homes, to lower loan limits, to only permit loans that meet the CFPB QM rule definition and much more. And from then to now, Calabria has deliberately pursued these outcomes.

Not all that the FHFA director has done has been bad. For example, one of the items in the recent PSPA amendment states that the GSEs “cannot vary the pricing, or any other term of the acquisition by seller…based on size, charter type, or volume of business.” This leveling of the playing field as codified now in the contract that holds these companies is one that many have advocated for over multiple years.

But this same amendment does so much to comply with his previous stated views. It limits the percentage of cash purchases to $1.5 billion over any four quarters, impacting many medium and large nonbank sellers, as well some community banks. It puts a credit quality threshold that states a limit on purchases for loans that contain two of three stated risk factors (FICO, DTI, and LTV).

This policy has alarmed affordable housing groups and think tanks who have focused in on the impacts to minorities as an outcome. It limits the acquisition of investor and second home purchases to a difficult-to-manage 7% over any 52-week rolling period. And this amendment effectively eliminates the patch, requiring that the GSEs comply with the QM final, but not yet implemented, rule published Dec. 29, 2020.

None of these individually are worth excessive anxiety, but collectively they simply result in the piling on of frictions implemented by the director on top of the new capital standards, refinance delivery fees and more.

Look, I get the logic of Calabria’s intent here. The fact is that he has made this ever so clear and policy makers know this. There is a concern that the GSEs have become pro-cyclical in the market, meaning they may be/are crowding out private capital due to their preferential treatment on capital standards and their ever-increasing credit box. These recent changes are part of a systemic process to shrink these companies’ footprints and a hopeful shift, from the perspective of FHFA, from government-backed mortgages to the private sector.

But where is the private sector? Yes, there are some signs of hope of a recovering private market. Over the past few years, banks have stepped in to become large buyers of non-agency jumbo mortgages and even some agency-eligible high balance loans. There have been notable efforts to revive the private label securitization market (PLS).

In fact, Redwood Trust CEO Chris Abate proclaimed this in the Feb. 10 earnings call stating, “The operating capital we allocate to these businesses is expected to generate returns on equity north of 20% post tax levels. Most importantly, these businesses serve large and growing markets not covered by government lending programs, and as such are positioned to generate scalable and repeatable sources of future earnings, even in a less accommodative interest rate environment.”

Unfortunately, the mortgage market concern here should be that the FHFA is removing legs of the stool of housing at a pace not matched by any replacement vehicle in the private sector. The type of non-agency lending being done currently consists primarily of higher loan balance, and higher credit quality than what is done by the GSEs. There is no program of any scale being introduced that can fill the need for an ever-growing demographic of minority and other first-time homebuyers who are entering the market with lower credit scores and less cash for buying a home.

The housing market won’t crash in 2021. Here’s why
Scroll to top