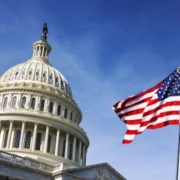 The federal government is well aware that mortgage lenders and industry stakeholders are frustrated by the 7% cap on second homes and investment properties that was implemented as part of a broader series of amendments to Fannie Mae and Freddie Mac‘s Preferred Stock Purchase Agreements.

In a conversation with Mortgage Bankers Association President Bob Broeksmit last week, Bharat Ramamurti, deputy director of the National Economic Council, acknowledged the issue, which was designed to provide more liquidity to the GSEs.

“We recognize that the issues that you raised about second homes and so on, is a shorter-term issue,” Ramamurti said. “All I can say on that is we are aware of it, we will continue to engage with it and work on it, and are happy to talk to you and your members about it going forward, and have discussions with FHFA going forward. But we don’t have any new news to report on that.”

Lenders and the MBA have opined that the 7% PSPA cap has caused disruptions, particularly since a key provision requires a 52-week look-back. Compliance will be difficult given that the market is producing north of 7% of those products, Broeksmith said in his conversation with Ramamurti during the MBA’s spring conference last week. Those products are “very profitable for the GSEs given the loan-level price adjustments on them. They actually create more capital, which of course, is Director Calabria’s priority for them. Yet, Treasury and FHFA have not given Fannie and Freddie the flexibility they need to get to those 7% levels more gradually, say by the end of 2021.”

Broeksmit added: “The issue is time-sensitive since May GSE deliveries are affected and there are massive run-ups in price add-ons to second homes and investment properties in response to this policy.”

FHFA Director Mark Calabria last week told MBA members that, although the agency is looking to introduce additional PSPA amendments, they’ll have to manage for the time being.

“I obviously wish that we were in a better capital position and had a stronger Fannie and Freddie that could support more of the market, and that’s our objective” Calabria said. “The reality is there will be some short-run pinch, if you will, on the market, while we try to build a stronger Fannie and Freddie that can support the market. I do want to clarify because I think there’s often some misperceptions out there, and to say, the PSPA are lines of credit, Fannie and Freddie cannot legally knowingly take risk against PSPAs. That would be like if Wells [Fargo] said, ‘Well, we’ve got deposit insurance so who cares.’”

The MBA has sought clarity on the PSPAs and the 7% cap on second homes and investment properties. In a letter written in March, the MBA outlined four specific areas of concern:

1. Reports that the GSEs may be implementing limits on a per-lender basis rather than across their aggregate books of business, which “represents an overly conservative method of achieving compliance,” according to the MBA.

2. Disproportionate challenges for some lenders — especially smaller lenders — to meet lender-level requirements set by the GSEs, due to their footprints in certain geographic markets or their lack of access to non-enterprise outlets for these loans.

3. Reports that the GSEs are requiring some lenders to adjust loan deliveries as early as April. The MBA noted these loans are already locked and that lenders “cannot reasonably alter their delivery mixes on such short notice.”

4. Inconsistencies in the requirements being communicated to different lenders, which raises concerns about equitable treatment of lenders of varying sizes, charters, or business models.

In addition, the MBA also warned that cash window limits under the PSPA amendments could have unintended consequences for borrowers, lenders, investors, and Fannie and Freddie. The revised PSPAs require that beginning Jan. 1, 2022, the GSEs shall “not acquire for cash consideration from any single seller…during any period comprising four calendar quarters, Single-Family Mortgage Loans with an unpaid principal balance in excess of $1.5 billion.”

The MBA letter states that this requirement will force up to several dozen lenders to curtail their use of the GSEs’ cash windows, which will in turn force the lenders to increase their use of mortgage-backed security swaps, sales of loans to correspondent aggregators, or shifting of their business mix to other loan products.