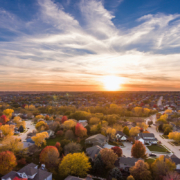 As the summer comes to an end, several issues are top of mind for everyone: the impact of the Delta variant, the debate over when the Federal Reserve will taper its asset purchases, the situation in Afghanistan, and the federal debt limit and budget debate.

When it comes to housing and mortgage markets this fall, most attention is being focused on the expiration of eviction and foreclosure moratoria and the pending completion of forbearance terms for many homeowners.

While the pace of mortgage originations has fallen off somewhat this year relative to a record 2020, I expect that servicing will get an increased focus over the next year.

With that in mind, I wanted to review MBA’s latest data on mortgage delinquency, foreclosure, and forbearance rates and provide my thoughts on where these trends are likely headed.

MBA’s National Delinquency Survey (NDS) data for the second quarter of 2021 showed a sharp decline in the mortgage delinquency rate to 5.47%. As shown in Exhibit 1, the delinquency rate tends to be highly correlated with the unemployment rate over time. This was certainly true over the past year, as unemployment spiked during the onset of the pandemic, then has fallen rapidly as the economy has re-opened and rebounded.

Our forecast is for the unemployment rate to continue to decline, reaching 4.5% by the end of 2021, and likely dropping below 4% by the end of 2022. The delinquency rate should follow that downward path closely.

It is important to note that in MBA’s NDS, loans are marked as delinquent if payments are not made in accordance with the terms of the mortgage. Thus, even if loans are in forbearance, if the borrower does not make a payment, the loan is counted as delinquent. Also, if the borrower is in forbearance, but makes a payment, the loan is counted as current. This treatment matches the actual cash flows that servicers receive, and hence captures an important reality for servicers — i.e. — whether the borrower submits a payment or whether the servicer might need to advance that payment.

Although delinquency rates decreased across categories in the second quarter, as shown in Exhibit 2, the biggest decline was for loans that were 90+ days past due. In fact, the 72-basis point decline for the 90+ delinquency rate was the largest such decline in the history of MBA’s survey going back to 1979.

Both 30- and 60-day delinquency rates also declined in the second quarter. The economic and job market rebound, coupled with the successful exits from forbearance for many homeowners, contributed to these declines, and particularly for those in later stages of delinquency.

Perhaps even more important, these data also showed the largest quarterly declines in the history of the survey for both FHA and VA loans. Last year, the FHA delinquency rate reached an all-time high of 15.65%. The FHA delinquency rate in the second quarter of 2021 fell to 12.77%, almost 3 percentage points lower, but it remains more than 4 percentage points above the pre-pandemic level.

Clearly, FHA borrowers were severely impacted by the onset of the pandemic and the resulting lockdowns, but the trend is improving.

To summarize, delinquency rates spiked during the onset of the pandemic last year, but are falling rapidly, in line with the decline in unemployment rates, and the foreclosure inventory rate has dropped to its lowest level in 40 years, at least partially due to the moratoria. We will certainly be tracking these data closely over the next months and quarters.

The other critical trends to watch include the share of loans in forbearance and the exit paths of borrowers leaving forbearance.

In June 2020, roughly 8.5% of all mortgages in the country — more than 4 million homeowners — were in forbearance, according to MBA’s Weekly Forbearance and Call Volume Survey. These included both federally-backed loans covered by the CARES Act, as well as portfolio and PLS loans that were not covered. The forbearance data are tracked by investor category (Fannie/Freddie, Ginnie, Portfolio/PLS) and servicer category (IMB, depository).

After peaking last June, the forbearance share has trended down in most weeks, reaching 3.08% as of early September. This represents about 1.5 million homeowners. While the trend has been similar across the investor categories shown in Exhibit 5, the levels have certainly been different, with the Fannie/Freddie share much lower, currently at 1.52%, and the Ginnie and Portfolio/PLS shares much higher.

Note that the shift in respective levels of those two are due to large and ongoing buyouts of delinquent loans from Ginnie Mae securities. In MBA’s survey, a buyout results in a loan moving from the Ginnie Mae category to the Portfolio investor category and is reported as such.

Under the original language from the CARES Act, forbearance terms for federally backed loans were limited to 12 months and required that borrower contact be made at the six-month point to continue forbearance out to the full 12 months. In 2021, FHFA and HUD extended the maximum forbearance terms to 18 months, given the ongoing hardships that many homeowners were facing, even with the economic recovery to date.

While 18 months is the maximum term allowed, we have seen millions of homeowners exit forbearance well in advance of that point. To date, forbearance exits have totaled 9.5% of the average servicing portfolio: roughly 4.8 million homeowners. The fastest pace of exits thus far was last fall in late September/early October, as many homeowners reached the 6-month point. Exits also were very rapid at both the 3-month and 12-month points.

Policymakers and industry participants were of one mind in the spring of 2020 when it came to the design of the forbearance program, expressing the importance of it being nearly frictionless to enable servicers to quickly help as many as possible. Borrowers simply needed to assert a hardship related to Covid-19. This was quite a change from the documentation-heavy process that was developed for loss mitigation from the Great Financial Crisis (GFC).

There was a similar desire to devise an efficient process for exiting forbearance. In particular, recent experience with natural disasters had shown the benefits of a streamlined deferral program, which prevented the payment shock that accompanies shorter-term repayment plans and puts the forborne amount to the end of the loan through a loan deferral/partial claim. Additionally, standardized modification plans that provided payment relief also were part of a waterfall of remedies that servicers could offer to borrowers.

Last year, policymakers and other stakeholders were concerned that borrowers would be dissuaded from taking forbearance for fear of having to make large, lump-sum payments as soon as the term was finished. Perhaps surprisingly, the data show a different story.

First, many borrowers in forbearance continued to make their payments. Many explained this as borrowers wanting the insurance and assurance that forbearance could provide, while keeping their options open with respect to potential refinance or home purchase opportunities by keeping their payment history clean. In fact, as shown in Exhibit 6, more than 22% of forbearance exits have been borrowers who were current. And almost 13% have chosen to make a lump-sum reinstatement payment to bring their accounts current.

More than 7% of borrowers exiting forbearance have paid off their loans, either through a refinance or a home sale. Clearly, the hot housing market, with bidding wars amidst low inventory levels, has enabled some struggling homeowners to quickly sell if that was necessary.

As of late August, more than 28% of exits have been into deferral plans or partial claims. As noted, the ability to move the forborne amount to the end of the loan – not due until the loan is refinanced, the home is sold, or the loan matures – provides breathing room for homeowners who are able to make their original payment, but no more.

With respect to the remaining categories in Exhibit 6, more than 11% of borrowers exited into a modification. 16% cancelled without a loss mitigation identified during the week the exit was captured. In our conversations with servicers, these borrowers were most likely in the process of finalizing a modification or still needed to be reached to communicate workout options. Only 0.65% of exits to date have been into other resolutions, which would include short sales and deed-in-lieus.

Will the forbearance exit experience thus far be a good predictor of what comes next? Over the course of the past year, a smaller share of exits are being reported as current or reinstatements, while a larger share are deferrals/partial claims and modifications. I expect this trend will continue as we get into the fall, as the borrowers in the strongest financial position have likely already exited, leaving borrowers who are going to need greater assistance still in the forbearance pool.

September and October are going to be very busy for servicers as many of those in forbearance reach the end of their terms. While millions of homeowners have been helped thus far, it is going to be critical for servicers to continue to provide assistance to ensure their customers exit into a sustainable resolution. I’m hopeful that this forbearance program, which has been quite successful thus far, will end well.

The post What’s behind the sharp decline in mortgage delinquencies? appeared first on HousingWire.