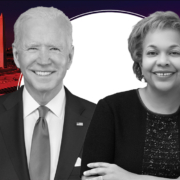 Just hours after the Biden administration appointed Sandra Thompson, a longtime regulator, to take the wheel at the Federal Housing Finance Agency (FHFA), a group representing independent mortgage bankers had some suggestions.

But first, the Community Home Lender Association made it clear to Thompson and U.S. Treasury Department Secretary Janet Yellen that it wanted to put the policies of the last administration in the rearview window.

“Neither of you were involved in the adoption of the January PSPA restrictions, which were implemented just days before the outgoing Administration left office,” the letter said.

The Washington, D.C.-based trade group went on to ask that the 7% cap on GSE purchases of mortgages for investment properties and second homes be ultimately eliminated. It also asked that the $1.5 billion individual lender cash window cap be raised to $5 billion, remedying a policy that it said created “arbitrage profit opportunities for Wall Street Banks.”

In her first week as acting director of the FHFA, Thompson has taken actions to preemptively align Fannie Mae and Freddie Mac servicers with a rule to safeguard borrowers. She lowered barriers for COVID-19-impacted borrowers to reduce their interest rates. She has also reiterated the Biden administration’s commitment to closing the racial homeownership gap.

The post What the industry wants from the FHFA, and what it may get appeared first on HousingWire.