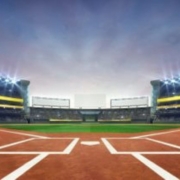 Mortgage lenders and professional sports franchises have a lot more in common than you might think — mergers and acquisitions, recruitment, branding and star players, to name a few. But their most important connection is their need to always stay competitive and prioritize their customers’ experience.

Today, we are in the largest mortgage market in U.S. history, surpassing the previous record of $3.8T+ set in 2003. But many lenders are understandably too busy processing the high volume of business coming their way to recognize that this trend won’t last forever. In fact, according to a Freddie Mac forecast, the 2021 origination numbers are expected to decline by more than a trillion dollars. When that volume drops in just a few months, mortgage lenders must be ready to compete with innovation and experience.

In 2020, the average time to close a mortgage loan was between 45-50 days. The most frequently cited reasons for the prolonged process are the ‘new’ regulations imposed by the CFPB back in 2015, the appraisal standards and title-related unexpected delays. But these reasons hide one of the biggest contributors to the delays, namely, ingrained inefficient processes driven by their technology platforms.

These different legacy systems are not configurable and don’t communicate with one another, leading to data-integrity issues, heavy reliance on paper checklists, and an overall inability to collaborate. This creates an environment where the mortgage lenders are serving the technology instead of the technology serving them.

Skimming through job recruiting websites, you will find that many mortgage lenders are pumping up their hiring volumes these days because the amount of manual work needed to originate a loan in 2021 is unfathomable.

With record-low rates and the increased loan volume, lenders must streamline workflows and accelerate time to close. Evolving to full eClosings can help lenders process more loans at a faster pace without overwhelming their resources.

So how can mortgage lenders create a new and improved norm? By leveraging the right tools and technology, lenders can dramatically reduce loan origination time, thus allowing more loans to be processed and ultimately increasing customers’ satisfaction. The MLB Oakland A’s and the NBA Dallas Mavericks offer a window into how to do this.

After seven years of failing to reach the MLB playoffs, the 2000 season’s Oakland A’s, led by their progressive GM Billy Beane, reached the playoffs four years in a row and became the first team in the modern era to go undefeated in 20 consecutive games.

Having limited resources compared with their competitors, the Oakland A’s re-defined their system — from their on-field strategy to the way they evaluate the players. Beane, together with the Harvard economics grad, Paul DePodesta, were the first to utilize “sabermetrics,” or baseball science, with a major league team.

The A’s’ out-of-the box thinking coupled with their new scientific approach to the game helped them realize that players and their traits were often misvalued. Beane leveraged this new data to compete toe-to-toe with the formidable NY Yankees. (This Cinderella story was the subject of Michael Lewis’ 2004 book “Moneyball” and the subsequent movie.)

Fast forward to the 2009-2010 NBA season, the Dallas Mavericks became one of the first teams in the NBA to use a ground-breaking, player-tracking analytics system called SportVU. SportVU’s technology, developed by two Israeli entrepreneurs, consisted of six computer vision cameras set up along the catwalk of the basketball arena, synched with complex algorithms that extracted enormous amounts of data from all objects on the court.

Almost instantaneously, the coaching staff had a whole new world of data about the players and the game at their disposal. A year after implementing this state-of-the art technology, the forward-thinking Dallas Mavericks won their first NBA championship, beating the heavily favored Miami Heat led by LeBron James in the finals.

What can mortgage lenders learn from these examples?

Based on a study conducted on behalf of Equifax, it seems that less than half of banking providers actually use the data available to them to understand their customers and create better experiences. The study also found that one of the reasons for the slow adoption of new technology is the heavy reliance on legacy systems, which make integrations difficult. A forward-thinking lender could take these next steps to better position itself:

A combination of these two efforts — better rationalizing and managing the data, and employing smart analytics and/or using machine learning technology — allows lenders to shorten the time it takes to originate a loan, and create a superior experience for their customers.

Based on Harvard Business Review research, most companies that fear competition from rivals’ innovations react by doubling down on their own R&D efforts. Nevertheless, the research showed that the most effective way to generate innovation is by using external technology – in other words, buying technology, not building technology.

This is true for mortgage lenders. Unless a lender has an in-house, experienced technology team that can create, implement, and support a project, using the right technology partner will likely result in a better project outcome. Undoubtedly, the mortgage technology vendors’ space is saturated, and finding the right partner takes time, but this is time well spent. Just ask the Dallas Mavericks and SportVU’s execs.

The A’s and the Mavs were always good teams, but what allowed them to move from good to great was their forward-thinking approach to technology, data and infrastructure. Today, if you ask any Oakland A’s or Dallas Mavericks fan where they were when their team won 20 consecutive games or the NBA championship they will most definitely remember.

Mortgage lenders might not have a championship on the line, but they can still create that same kind of highly memorable experience for their customers through technological innovation. So, the question is, are mortgage lenders ready to win?

To contact the author of this story:
Daniel Gottesmann at daniel@elphi.io

The post What mortgage lenders can learn from the Oakland A’s appeared first on HousingWire.