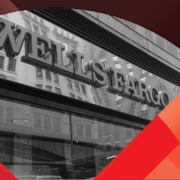 The third-biggest U.S. mortgage lender by volume on Friday reported a decline in originations, a decrease in gain-on-sale margins and lower revenues from the re-securitization of loans purchased from securitization pools. The lone bright spot was higher mortgage servicing income.

Wells Fargo originated $34.1 billion in mortgages between April and June, down 10% quarter-over-quarter and 36% year-over-year. Refinancing originations fell to just 28% of total production in the second quarter, down from 56% in the first quarter.

Wells Fargo’s retail channel volume fell to $19.6 billion in Q2 2022, down 19% quarter-over-quarter and 47% year-over-year. Correspondent channel origination volume came in at $14.5 billion, up 5% compared to the previous quarter but down 36% compared to the same period in 2021.

The bank’s home lending business revenues reached $972 million, declining 35% compared to the prior quarter and 53% compared to the same period of 2021. The higher rate environment and a more competitive landscape were responsible for the dip, executives at the bank said Friday.

According to Schar, the bank is reassessing what makes sense in mortgage lending – in the servicing business, the primary focus should be on serving its customer base.

On the origination side, he said Wells Fargo is not interested in being “extraordinarily large.” Instead, it is focused on products that will provide solid returns over the cycles, “given all the complexities and requirements that banks have that not necessarily everyone else has.”

“If you just look at how much we originated historically versus you know what we’re originating today, it’ll naturally just come down over time,” Schar told analysts.

“The mortgage market is expected to remain challenging in the near term,” Mike Santomassimo, Wells Fargo’s chief financial officer, said Friday. “We are making adjustments to reduce expenses in response to lower origination volumes, and we expect these adjustments will continue over the next couple of quarters.”

Wells Fargo will lay off 125 employees in its home lending division in Iowa by the end of August, according to Worker Adjustment and Retraining Notification (WARN) notices submitted to the Iowa Workforce Development. The bank eliminated 72 mortgage jobs in Iowa across earlier layoffs.