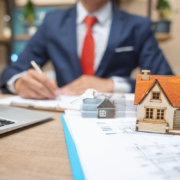 Mortgage credit availability increased by 2.2% in April as mortgage lenders fight for borrowers in an increasingly competitive market.

The Mortgage Bankers Association said Tuesday that the Mortgage Credit Availability Index (MCAI) — which uses 100 as a benchmark — increased to 128.1 last month. A decline in the MCAI suggests that lending standards are tightening while a higher number suggests loosening credit standards.

“Credit availability rose in April, fueled by a 5% increase in conventional mortgage credit, as well as an expansion in agency programs for ARMs and high-balance loans. The conforming and jumbo loan indices jumped 7% and 13%, respectively. The uptick in credit supply comes as the housing market and economy continue to strengthen,” said Joel Kan, the MBA’s associate vice president of economic and industry forecasting. “One trend that has developed in recent months is the rising demand for ARMs, driven by higher rates for fixed mortgages and faster home-price appreciation.”

Following the Consumer Finance Protection Bureau’s retiring of the Appendix Q patch, some of the biggest wholesale mortgage lenders have introduced or loosened terms on their prime jumbo products. Rocket Mortgage and United Wholesale Mortgage have rolled out jumbo products that go up to $2 million amounts and can be used for primary homes and investment properties.

Publicly traded mortgage lenders have variously reported declining gain-on-sale margins over the first and second quarters, largely due to competitive pricing and an uptick in interest rates. The purchase market is as buoyant as ever — Redfin is forecasting $2.5 trillion in purchase mortgages to be originated in 2021.

Recent data from the National Association of Home Builders and Wells Fargo Housing Market Index revealed that first-time home buyers accounted for almost half (43%) of the new home market in 2021, up from 32% in 2018.

According to the index, roughly two-thirds of the homebuilders surveyed reported that more than 20% of their homes were sold to first-time homebuyers while 27% of builders said more than half of their sales were to first-timers.

In recent months, several depository banks that tightened lending standards during the pandemic have indicated that they have or will soon loosen underwriting requirements to capture the rise in purchase business in the non-conforming space.

Though overall mortgage credit availability is increasing, it hasn’t yet caught up to the pre-pandemic levels, Kan said. Over 2 million loans are still in forbearance.