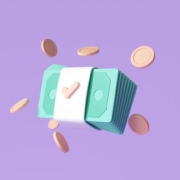 Fresh off the heels of its $50 million Series A raised in February, Valon’s total funding now sits at $93.9 million and puts the proptech at a roughly $590 million valuation, people with knowledge of the matter told Bloomberg.

The software is built on Kubernetes, an open-source automation platform designed by Google and a familiar program to Valon co-founders Andrew Wang and Eric Chiang, who had both previously worked for the internet search giant. Third co-founder Jon Hsu is also familiar with cloud-based development having worked for Twilio, a cloud-based communication platform.

After the CARES Act federal moratorium on foreclosures – put into place to protect borrowers during the pandemic – expired on July 31, 2021, Valon believes now more than ever servicers have a duty to move borrowers in to the next appropriate stage as safely and swiftly as possible.

“Many homeowners are unaware of just how resourceful their mortgage servicers should be. Instead of struggling to make payments and relying on temporary fixes, they could instead rely on sustainable long term solutions from a company like ours,” said Wang.

Amidst any mortgage crisis, the burden of navigating such a complicated world is on the borrower. According to Wang, the mortgage sector is frustrating and lacks clear guidance on how to access plans for repayment, reinstatement, deferral or loan modification. As a result, a number of homeowners are at risk of losing their homes.

“But it doesn’t have to be that way,” Wang added. “Valon’s software platform is designed to be intuitive and deliver a truly borrower-centric experience. Putting the homeowner first is the foundation of our technology.”

Amidst the mortgage ecosystem’s continued changes, Valon’s business model seems to be working. In the last nine months the proptech received approval to service mortgages backed by Freddie Mac (it was already approved for Fannie Mae previously) and the Federal Housing Administration. It also gained 20,000+ consumers and expects $6 billion in mortgages being serviced on the Valon platform by year end.

“Valon has changed the game in Real Estate with a consumer first approach to keep the borrower better informed of their options as they navigate their homeownership journey. By aligning themselves with homeowners, they will build trust necessary for homeowners to partner with them in both good and bad times,” said Claure.