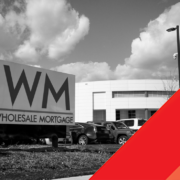 Fiercer competition in the wholesale channel spurred United Wholesale Mortgage (UWM) to increase the ceiling on conforming loans on Wednesday, ahead of the Federal Housing Finance Agency’s (FHFA) decision in November.

UWM’s move follows an announcement on Tuesday from competitor Rocket Pro TPO, which was first out of the gate this year in raising loan limits on agency-eligible properties to $715,000.

In Alaska and Hawaii, the ceiling on loans originated by UWM and purchased by Fannie Mae and Freddie Mac rose from $970,800 to $1.073 million.

UWM said it is focused on “giving mortgage brokers a competitive advantage.”

Last year, lenders didn’t raise conventional loan limits until Sept. 30, when rates were still in the low 3% range. However, this year, companies are under pressure to launch new initiatives to attract brokers and land more purchase businesses amid high mortgage rates.

UWM, for example, launched the Game On pricing initiative in June and entered the HELOC space in August. Meanwhile, Rocket Pro TPO also plans to diversify its product portfolio by offering home equity loans in mid-September.

The expectation is that other mortgage lenders increase loan limits ahead of the FHFA’s November announcement.

The Housing and Economic Recovery Act established a formula in 2008 that mandated that the ceiling could only rise after home prices returned to pre-recession levels. That condition was finally met in 2016 when the FHFA increased the conforming limits for the first time in a decade.