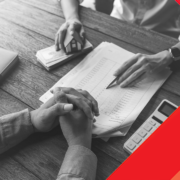 The supply-chain bottleneck afflicting the global economy has its own counterpart in the world of residential mortgage-backed securities, also referred to as RMBS.

One group of industry players — loan underwriters — are the chief cause of the logjam. They are in high demand for each stage of the mortgage process, yet they are in seriously short supply in a still-booming mortgage market.

With record mortgage production in recent years — some $8 trillion in total origination volume over the past two years, industry estimates show — and a resurgent private-label market this year, the pool of available underwriters has been stretched razor thin, according to executives with third-party due-diligence review (TPR) firms and bond-rating agencies interviewed for this story.

About a half-dozen RMBS issuers also were contacted for this story, including J.P. Morgan, Goldman Sachs, Redwood Trust and United Wholesale Mortgage, as well as loan aggregator MAXEX, and all either declined comment or did not respond. The same was the case with industry groups and regulators like the Mortgage Bankers Association, the National Association of Mortgage Underwriters and the U.S. Securities and Exchange Commission.

The private label market share of U.S. mortgage securitizations reached 5% in 2019, then declined to 2.44% in 2020, largely because of the pandemic-spawned economic slowdown. In 2021, however, it has come roaring back, representing 3.53% of all securitizations over the first eight months of the year, according to a report by the Urban Institute’s Housing Policy Institute.

Government-sponsored enterprises Fannie Mae and Freddie Mac, along with Ginnie Mae, collectively known as the agency market, account for the balance of residential mortgage-back security (RMBS) issuances. Prior to the Great Recession some 15 years ago, however, private-label securitizations were approaching 60% of the entire U.S. RMBS market.

The problem created by the current underwriter shortage is that, in some cases, it is creating backlogs for issuers seeking to have their securitization deals reviewed by bond-rating agencies who require that the loans in the pools for those transactions first be vetted by arms-length TPR firms.

“Many participants have said there’s been a problem [because of the underwriter shortage],” said Roelof Slump, managing director of U.S. RMBS at New York-based Fitch Ratings. “They can’t bring [securitization] deals to market as quickly. We certainly hear that as a concern in the market.”

Slump adds that it is not a new problem and “didn’t suddenly happen in October or November” of this year.

“It’s been an ongoing thing,” he said. “It’s like everybody is on the same highway and going the same speed, but we just recognize that it’s going to take longer to get there.”

John Toohig, managing director of whole loan trading at Raymond James in Memphis, described the dilemma as “a tremendous bottleneck,” adding that “it has to do with the third-party due-diligence providers who are the ones who have to kind of bless these deals, and there’s not enough underwriters out there [with those firms] to kind of push these deals through.”

“Over the course of the year, I’ve actually gotten a lot of phone calls from originators and issuers saying, ‘Listen, you know our deal is being held up by a third-party vendor, or underwriter, and it’s going to take them three months before they can bless our deal, so can you turn these loans faster [in the whole-loan trading market]?’”

The problem with delays, according to Joseph Mayhew, chief credit officer for Frisco, Texas-based Evolve Mortgage Services, which provides TPR services, is more acute for smaller or newer security issuers who don’t have established relationships with TPR firms that ensure due-diligence staff is dedicated year-round to handling a lender’s securitization volume.

“It depends on who you are,” Mayhew explained. “I’ve heard timeframes of up to three months [delay], but that might have been back in January to March of this year.”

He added that large issuers, such as big investment banks, “have a dedicated desk at their TPR firm [via contract], and they will sit there and wait for the loans, but they will not put anyone in front of them.”

So, the delays vary, with an average now of four-to-six weeks for smaller RMBS issuers that don’t have an ongoing contract relationship with a TPR firm. For those that do, it may take as little as two or three weeks, Mayhew said.

“That’s from the time they submit a loan for TPR review to the time it comes out [of the review process],” he explained.

Michael Franco, CEO of SitusAMC, which is one of the larger TPR firms providing due-diligence services for private-label transactions, stressed that assessing the extent of the impact of the underwriter shortage and resulting delays falls into the realm of being “an unknown unknown, because you don’t really know who would have done a deal had the capacity been available.”

“They don’t underwrite every loan in an MSR trade,” he explained. “But they will go through anywhere from 5% to 10% of the bulk pool. …

“There’s absolutely been cases where you’re hoping to close by a certain date, and it gets pushed out 30 days because of due diligence [needs]. …It is impacting every aspect of the market.”

Quantifying the nature of the underwriter shortage, beyond anecdotes from players in the industry, however, is not so simple. There is no entity tracking the shortage across the industry.

In fact, many firms have added staff over the past few years and still can’t keep up with the demand from a resurgent private-label market.

“If you simply look at the number of [RMBS] issuances that have been out there, the TPR firms have reviewed more loans this year than they did in prior years since the [global financial] crisis,” Fitch’s Slump said. “So, it may seem like they have reduced capacity, or reduced their ability to handle it, but they’ve actually ramped up.”

The U.S. Bureau of Labor Statistics does not have a job category set up solely for mortgage underwriters, but it does track job growth, or lack of it, in a category it calls “loan officers,” which includes underwriters as a subset.

“Employment of loan officers is projected to show little or no change from 2020 to 2030,” the BLS’ Occupational Outlook for that job category states. “Despite limited employment growth, about 25,000 openings for loan officers are projected each year, on average, over the decade. Most of those openings are expected to result from the need to replace workers who transfer to different occupations or exit the labor force, such as to retire.”

The BLS outlook, among other factors, places the blame for the employment shortfall on “productivity-enhancing technology in loan processing [that is] expected to slow employment growth” despite increasing demand for “loan officers … to evaluate the creditworthiness of applicants and determine the likelihood that loans will be paid back in full and on time.”

Charlotte-based Canopy is a relative newcomer to the TPR market. The startup firm started doing business in the second quarter of this year. Despite that, its CEO, John Levonick, said “our phone has been ringing off the hook.”

“We’re all seasoned pros, but we’re still a brand-new company,” he said. “And for our phone to ring, presenting us with the opportunities that have been presented to us, reflects the state of the marketplace. Normally it would take a new due-diligence firm a year two or three to prove themselves.”

TPR firms are coping with the underwriter shortage in a number of ways, including recruiting, when possible, from local universities; expanding their use of automation and technology to reduce the need for human labor; and rethinking the division of labor in the underwriting process to improve efficiencies. And there has been an increased acceptance and reliance on statistical sampling methods for conducting due diligence on loan pools.

The practice of performing underwriting reviews on only samples of a loan pool slated for securitization is not knew, but Toohig of Raymond James says it’s increased use is linked to the underwriter shortage, “no doubt.”

“To do 100% due diligence on RMBS [private-label] securitizations is a lot of work that takes time and costs money for the issuer,” Slump said. “And things like loan sampling as opposed to 100% loan due diligence have been considered by issuers.

“…There’s been a couple of issuers who have done that, but it’s not something that’s been universally used,” he added. “In certain cases, it can make a lot of sense — for example, with prime high-quality production, where the types of loans being originated and securitized are very uniform; the issuer has a history of their performance; the guidelines are very clear; and they [the loan pools] don’t have a lot of exceptions.”

“So somewhere in the 50% to 75% percent range [of loans sampled] is what most people I think are doing, but some of the smaller companies — the ones dealing with a lot of unique loan products — are doing 100%,” he added. “Sampling is really about when you think your data mostly looks the same, right? It’s not about when you think you’re going to have these weird outliers.”

Still, it’s an evolving market, and pressures build over time, creating new release valves to let some steam off the deadline and cost pressures. Jack Kahan, senior managing director of RMBS at New York-based Kroll Bond Rating Agency, points to “an example, and not the only one, of how RMBS issuers have been affected” by the underwriter shortage.

That example is from a presale report Kroll published for an RMBS nonprime RMBS transaction sponsored by Blue River Mortgage II LLC, which is backed by a pool of 610 non-qualified mortgages valued at $348 million. Blue River, according to the Kroll report, is owned by a fund managed by Angelo, Gordon & Co. LP — an asset-management firm with some $44 billion in assets under management.

“While 100% of the loans in the transaction are subject to third-party due-diligence review, 19% of the loans will not have such a review completed until up to 89 days following the closing of the transaction,” states the presale report, published in late September. “The sponsor will make representations and warranties that require the sponsor to repurchase any post-closing review loans that ultimately receive a grade of “C” or “D” — or do not receive a final grade.

“The sponsor indicates that the post-close review mechanism is designed to mitigate the third-party review backlog being experienced at the time of launch of the transaction,” the report continues, “and should that TPR capacity improve, this mechanism may be discontinued for future issuance.”

Chris Guidici, managing director of business development at Wipro Opus Risk Solutions, an Illinois-based TPR firm, said normally the due diligence is done prior to a transaction closing, “but we have seen a shift with some [issuers] going to a post-diligence [review].”

Toohig of Raymond James added: “I don’t see much of that. I don’t even know how you can do that.”

This is the first story in a three-part series on the market-wide consequences of an underwriter shortage. The next two stories will drop later this week, so be sure to check back.