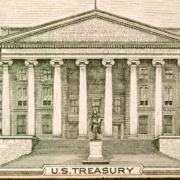 The Treasury Department and FHFA announced Tuesday that they are suspending certain requirements that were added in January to the Preferred Stock Purchase Agreements (PSPAs) between Treasury and Fannie Mae and Freddie Mac.

Under those requirements, Fannie Mae had restricted its acquisition of loans secured by second homes and investment properties to 7% of its total single-family acquisitions and applied stricter underwriting to those loans.

Treasury’s statement on the suspension sought to clarify its reasoning for the change.

“The suspension of these PSPA requirements recognizes that FHFA has the authority and responsibility for the Enterprises’ safety and soundness and to foster housing finance markets that support sustainable homeownership, and is not intended to stimulate aggregate housing demand given current conditions in the housing market,” the Treasury stated in a Tuesday afternoon press release.

“Home prices have been accelerating rapidly, with the annual rate of national home price growth at multi-decade highs,” the Treasury release continued. “A principal challenge for the U.S. residential housing market today is inadequate housing supply. The Administration is focused on promoting housing stability, which includes advancing housing policies that can sustainably increase the stock of affordable housing units for rent and ownership.”

Lenders and trade group officials raised strong objections to the changes, which were made a week before the Trump administration left office. Objectors noted that the 7% PSPA cap had caused disruptions, particularly since a key provision required a 52-week look-back.

They also complained that the restrictions on the cash window would force lenders to send mortgage-backed securities to the private market, fattening Wall Street’s coffers.

In a March letter to the Treasury, the Mortgage Bankers Association stated: “It is not clear that private market participants currently have the capacity or resources to absorb the entirety of the gap between the Enterprise limits and the volume needed to satisfy underlying demand.

“Based on reports MBA has received from a broad cross-section of lenders, it does not appear that the Enterprises have developed clear details or timelines associated with their plans to ensure compliance with these limits. Lenders have reported, for example, different requirements communicated to them by Enterprise personnel regarding their per-lender limits, the dates by which they must be compliant, and the timeframe over which they are being measured,” the letter states.

in the spring, demand for investment properties and vacation homes had risen 84% year over year – more than double the demand for a primary home, according to a report from Redfin.

Early industry reaction to the suspension was very positive.