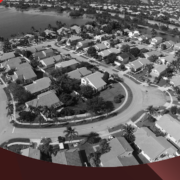 “U.S. housing supply is dwindling once again as homes continue to fly off the market at record prices,” said Jeremy Sicklick, CEO of real estate data analytics firm HouseCanary. “For homebuyers, across the country we expect the shortage of homes for sale to extend well into 2022.”

In assessing blame for a high-demand, low inventory housing market, one finger is pointed at companies that purchase single-family homes as an investment.

Last month, Zillow said it was winding down its iBuying division, and courting corporate investors to buy its 18,000 homes remaining in inventory. Meanwhile, Redfin released a report with the headline: “Investors bought a record 18% of U.S. homes that sold in the third quarter.”

But despite these headlines and recent developments, big investors and Wall Street play a small role in the U.S. single-family home market.

An “LLC” can be used by individual homebuyers to shroud their identity, and “Anyone with a living trust is supposed to buy the home in their trust’s name,” said John Burns, at John Burns Real Estate Consulting.

Added Burns, “I would ignore this study completely.”

Sheharyar Bokhari of Redfin, who co-authored the study, acknowledged it is “Very hard to figure out which homeowners are really Wall Street firms and which ones are mom-and-pop landlords.”

The report should be read for what it is, Bokhari said, the universe of possible “investors” who do not use their home as a primary residence. This includes institutional investor Invitation Homes, or a person who buys a property and then rents it out on Airbnb.

It’s this latter group – which also includes owners of a summer home, timeshare participants, and people who hold on to the abode of a deceased relative – who predominate non-owner-occupied single-family homes in America.

As HousingWire reported last month, an Amherst Pierpont study found that 85% of single-family U.S. rentals are owned by investors who own 10 or fewer properties. Institutional investors – companies with a multistate presence and the capital to buy dozens of homes at once – own 2% of single-family rental homes, or less than 300,000, the study found.

The National Rental Home Council – a Washington, D.C. group that lobbies for Invitation Homes, American Homes 4 Rent and most other corporate single-family landlords – puts the number at 261,000 homes owned by their members.

The National Rental Home Council data raises questions about why corporate single-family home ownership is a focus for some real estate agents, and, well, journalists in diagnosing the housing market’s ills. Still, the overall number does not end the possibility that institutional investors may impact particular geographic areas or niche housing economy sectors, including iBuying.

HousingWire recently had an extended discussion with David Howard, who is the executive director of the National Rental Home Council. Howard is, as they say, inside the beltway, having worked in Washington on behalf of various housing organizations for the last 22 years. This includes time with the National Association of Real Estate Investments Trust and the Urban Land Institute.

Howard discussed what his organization does, and the contention that, regardless of their exact reach, the impact of big investors in single-family homes is harmful.

Here’s an edited version of that conversation.

David Howard: We are a trade association that represents the single-family rental industry. We do a good bit of legislative and regulator work.

In the past 12-18 months, we have also focused on issues that were borne out of the Covid crisis including moratoria on evictions, rent control, and rental assistance. Lately, we’ve been working with various legislators in our offices in D.C. on issues of home ownership and affordability.

HW: You say it’s a relatively young industry. Is it true to say that the single-family rental industry got its start after the housing bubble burst in 2008?

DH: The business of single-family rental has been around as long as I can remember. Certainly, the great financial crisis accelerated the growth and development of the single-family home industry.

From 2007 to 2014, institutions accounted for about 2% of homes that were purchased out of foreclosures and short sales, which is out of five million-plus homes. That period of time did jumpstart things for the industry. There were very few people actually purchasing homes, and home prices started falling. Investors came in, and I think we created a floor for the housing market.

HW: How did you arrive at the figure that your members own 261,000 single-family homes?

DH: At the end of the year, we ask our members to provide a count of properties owned by state. We already have prior statistics and have a pretty good sense of the inventory of some companies who are publicly traded. When companies join, they do commit in writing that they will accurately self-report. I have no concern about the validity of the data.

HW: Any major institutional investors that are not members?

DH: Yes, Amherst Properties and they have a portfolio of about 35,000 properties nationally.

HW: Okay, that’s a small part of the market, but your members might be making a significant dent in some areas including iBuying.

Now, that doesn’t include the universe of iBuying. There’s Redfin (which said it does not resell properties directly to corporate investors) and Keller Williams has an iBuying program, for example. But 4,000 is 17% of 23,000 – arguably significant. And it doesn’t include Zillow selling 2,000 homes to Pretium Partners, and additional sales to corporate investors they might undertake while winding down iBuying.

It also jibes with Offerpad publicly acknowledging that sales to institutional investors fluctuate around 10-20% of total sales per quarter.

So, when institutional investors are looking to buy, do they often turn to iBuyers?

DH: I wouldn’t say that we’ve really seen that in the first three quarters of 2021.

Most of the iBuying that our members engage in comes directly through the MLS [Multiple Listings Services, largely owned by local realtor associations and aggregated to the public by Zillow and other listings websites]. That’s really because the companies need to directly understand the market. They really need to be part of communities.

Our companies are very methodical in their iBuying. They are finding local real estate brokers and using them over and over again in purchasing new homes. Companies have found that is the most efficient new way of expanding their portfolio.

HW: Another area where your members arguably a larger impact have is certain states and cities. These tend to never be Northeast cities, rarely Midwest or west coast cities, and usually Arizona, Texas, or the Southeast

Why these disparities in where single-family rentals are?

DH: We have expanded in places like Charlotte, Raleigh [North Carolina] and Atlanta has been a good market, as has Texas. If you look at the economic and demographic trends in those markets, it’s been population growth and millennials moving into those markets.

And, so, oftentimes when someone moves into the city the first thing you do is rent. Intuitively, it makes more sense to rent first. Companies are not buying homes in market where there’s no demand. Companies are not creating the demand, migration patterns are.

HW: The National Home Rental Council seems to walk a fine line, because as much as extolling the virtues of your members, you seem to be minimizing their role. I first learned about your group from a report you did downplaying the number of single-family rentals. Why such an emphasis on seemingly your group’s lack of impact?

DH: Recent headlines have suggested that large companies have come into the single-family housing market. And some of the stories have really been sensational. So, we decided that we needed to be more transparent.

HW: Well, I think there’s a concern that corporations already own a sizable chunk of the multifamily market and are now moving into single-family, though I can see your frustrations with articles that exaggerate your member’s inventory.

Still, what about the argument that any inventory owned by your members contributes to the inventory crisis in real estate?

DH: There seems to be an assumption that everyone in the country wants or needs to buy a home.

Our members do help put people on the path to homeownership. For example, we provide formal credit counseling programs. Living in a single-family rental does not set you up to be a lifetime renter.

Also, supply is as much a challenge in the rental housing market as it is in the owner-occupied market. The Census Bureau produces data that shows how much housing is owner occupants versus renters. In the last five years it showed that the amount of owner-occupied housing has increased 10% while renter increased has grown 1%. The overall amount of owner-occupied housing dwarfs rental housing. (As of the third quarter, there were 140.9 million housing units in the U.S., according to the Census Bureau and 126.7 million homes were occupied. The Census reports that 85.4 million units were owner occupied and 41.2 million units lived in by renters.)

There’s as much a challenge with rental housing inventory as there is with owner-occupied.

HW: Let’s finish where you started, which is your group’s legislative agenda. You mentioned the eviction moratoria. Did the National Rental Home Council lobby to let evictions continue amid the pandemic?

DH: No, we never came out publicly against eviction moratoria even though it was very difficult for small homeowners. But it has been such an unusually difficult time for many people.

The post Through the eyes of the single-family rental lobby appeared first on HousingWire.

How one real estate company is navigating the industry’s shift to B2B tra...
Scroll to top