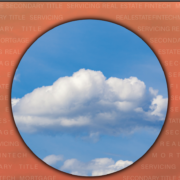 The secondary market, often an afterthought for most participants in the mortgage process, took center stage in 2020.

Think of it as the underdog quickly becoming the hero of the story. It was always there working hard in the background, just waiting for a year as unpredictable as 2020 to come to the rescue.

But to understand the stability that the secondary market brought during a world-wide pandemic, you first have to look back at 2008. The country was in the middle of the financial crisis, as the consequences of the deceptive mortgage lending practices from all the years prior came crashing down.

Ben Bernanke, the former chair of the Federal Reserve, the central bank of the United States, who served from 2006 to 2014, was tasked with responding to the massive impact of the crisis. To inject some life back into the economy, Bernanke decided to grow the Fed’s balance sheet by purchasing government bonds and mortgage-backed securities, better known as quantitative easing.

This unconventional monetary policy is designed to encourage lending and investment, adding money back into the economy and lowering interest rates. The Fed went through three rounds of quantitative easing plans, which lasted until December 2013 when the Fed finally announced a taper, slowly reducing the billions of dollars it was spending. Then, in October 2014, the Fed finally indicated an official end to its third quantitative easing program. That is, until March 2020.

The rest of this content is for HW+ members. Join today with an HW+ Membership! Already a member? log in

Get $75 off your initial membership with coupon code “intro75”.

The post The secondary market comes to the rescue…again appeared first on HousingWire.

Airbnb more than doubles in market debut
Scroll to top