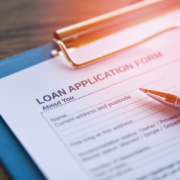 Not surprisingly, the refi index has continued to slip, dipping 3% from the previous week, the MBA noted.

Joel Kan, associate vice president of economic and industry forecasting, said in a statement that purchase mortgage application volume is currently at its highest level since April 2021.

“Compared to the same week last September, which was right in the middle of a significant upswing in home purchases, applications were down 11%– the smallest year-over-year decline in 14 weeks,” Kan said.

Meanwhile, the refinance share of mortgage activity is starting to take up a smaller slice of the pie chart, decreasing to 64.9% of total applications from 66.8% last week, the report found.

Kan said that even though the 30-year-fixed rate remains unchanged at just over 3%, “it is not enough to drive more refinance activity.”

“Refinance applications slipped to their slowest pace since early July, and the refinance share of applications fell to 65%, which was also the lowest since July,” he remarked.

Meanwhile, the share of total applications that the FHA, VA and USDA received last week was also on the decline.

The post The purchase mortgage market continues to pick up steam appeared first on HousingWire.