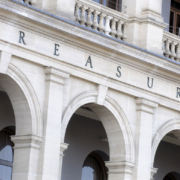 In a letter Monday to U.S. Treasury Secretary Steven Mnuchin, housing industry associations expressed their opposition to a swift end to conservatorship for Fannie Mae and Freddie Mac.

The Mortgage Bankers Association, the American Bankers Association, the National Association of Home Builders and the National Association of Realtors sent a joint letter to Mnuchin regarding their concerns about significant market disruptions that could occur if the GSEs are released from conservatorship prior to building significantly more capital, and prior to completion of key reforms that are necessary to ensure the GSEs operate with appropriate controls in supporting the market.

“We believe there are tangible, near-term steps that the U.S. Treasury Department can take, in coordination with the Federal Housing Finance Agency, to promote critical reforms of the GSEs and bolster their safety and soundness,” the associations wrote in the letter.

“We are concerned, however, that other potential actions to release the GSEs from conservatorship without the necessary safeguards would undermine investor confidence, create volatility in the single-family and multifamily mortgage markets and impede access to credit for consumers.”

The letter made it clear the associations do not support an “endless conservatorship,” and have even worked to help create reform plans to help the GSEs exit conservatorship. However, the letter expressed its concern that a rushed effort to remove the mortgage giants from conservatorship before the Biden administration takes over would cause disruption.

“During conservatorship, investors have relied on the Treasury backstop of the GSEs, which totals over $250 billion, as well as the effective control of the GSEs by the federal government,” the letter states. “A sudden shift in the government’s relationship with the GSEs, which could end conservatorship without an explicit federal backstop in place, could cause investors to reassess the nature of any backstop and result in severe market disruptions.”

“Such market disruptions also are likely to occur if Treasury and FHFA permit the GSEs to exit conservatorship without appropriate levels of capital and before the necessary market conduct and safety and soundness parameters are instituted in a sufficiently durable way,” it continued.

The letter went further to point out specific examples of the harm a rushed exit could cause:

This could quite possibly be the nail in the coffin for ending GSE conservatorship during the Trump administration. In an interview with the Wall Street Journal, Mnuchin suggested he is not likely to support a consent order to end the conservatorships.

Earlier this month, In a hearing before the House Financial Services Committee, Mnuchin said no definite plans had been made for the future of Fannie Mae and Freddie Mac, but discussed the idea that they could be released from conservatorship before their full capital levels are reached.

“Let me just be clear, despite the fact that the director and I are having conversations, we’ve made no decisions at Treasury whatsoever yet,” Mnuchin said at the time. “We are contemplating. There could be a scenario where at some point in between basically the zero capital they have, and the full capital requirement, there would be a consent order and they would be released subject to consent order. But as I’ve said yesterday, there’s got to be significant capital for them, in my opinion, to be released.”

But now, Mnuchin seemed to walk that back in his interview with WSJ.

“We’re going to not do anything that jeopardizes taxpayers and puts them at additional risk,” he said. “We also want to be careful that we don’t do anything that overnight would limit access to mortgage finance.”

However, an article published Monday on Business Insider claimed Fannie Mae is asking key employees to be prepared to work through the holidays in anticipation of a last-minute push for a release from conservatorship.

For now, however, it appears the possibilities of that release is dwindling, and the decision for GSE conservatorship could be left to the Biden administration.

The post The nail in the coffin for ending GSE conservatorship under Trump? appeared first on HousingWire.