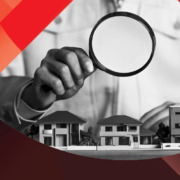 Luke Tomaszewski, an appraiser doing home inspections in the aftermath of the housing bust, was traveling as much as an hour across Chicago just to snap exterior photos of bank-owned properties.

Sitting in traffic, Tomaszewski wished he could pay an Uber driver to take the photos instead.

“When we started, the idea was to obtain exterior photos as fast as possible, at a time when Uber, Lyft and marketing technology was advancing, and anyone with a smartphone could get exterior photos,” said Tomaszewski, who worked to turn his idea into ProxyPics.

The company, which employs about 17 people, was founded in 2015, and is one of those approved to provide the Freddie Mac data report for its new remote inspection program.

At $50 to $100 per inspection, according to ProxyPics, it’s certainly less expensive than sending an appraiser. It’s also simplified and scaled back. For example, in a call-out to prospective data collectors posted on its website, ProxyPics adopts gig-worker language.

“ProxyPics will notify you when photo assignments are available near your current location,” according to the website. “Work whenever it’s convenient for you, wherever you are.”

It’s a model in stark contrast to that of inspections for traditional appraisals. It may also be viewed as revolutionary for an industry in which the most significant change to the appraisal process in the past few decades was the advent of appraisal management companies as an intermediary between lenders and appraisers.

Others may view ProxyPics as the kind of disruptor responsible for creating the same gig economy it now occupies: Uber, Lyft, DoorDash, GrubHub, InstaCart. After all, it wasn’t so long ago appraisers received assignments via fax machine.

Companies such as ProxyPics stand to benefit from a major Freddie Mac policy change, which goes into effect this month. Starting in July, the government-sponsored enterprise will allow remote inspections on some refinance loans it buys.

But while desktop appraisals may save a few gas miles, and certainly will provide opportunities for a coterie of private sector companies, it’s not yet clear whether they are superior to traditional appraisals, and if they ultimately will reduce racial bias, a key GSE policy goal.

A Freddie Mac representative declined to comment for this story.

Beginning July 17, Freddie Mac will accept some mortgages with hybrid appraisals — but the list of caveats is lengthy.

First, the option only applies to refinances. For cash-out refinances, the loan-to-value amount may not exceed 70% for a primary residence, or 60% for a second home. For other refinance transactions, the loan can be for as much as 90% of the home’s value.

Mortgages for manufactured homes, investment properties, duplexes and fourplexes are not eligible.

The form also requires the data collector to certify he or she has “unbiased professional conclusions,” no interest in the property and no interest or bias toward the parties involved in the transaction.

A certification lightens the legal liability of bias. But an attestation, however comprehensively phrased, can’t dissolve deep racial prejudices or make the appraiser workforce more diverse.

Fannie Mae also plans to use hybrid appraisals more often in 2022, as part of its equity plan, which is intended to “reduce costs to the borrower and reduce potential risk of bias by creating greater separation between the appraiser and borrower.”

Fannie Mae representatives said the GSE has evidence alternative appraisal approaches result in fewer instances of confirmation bias. Its appraisal modernization pilot, which used hybrid appraisals, showed an 18% point reduction in confirmation bias compared with traditional appraisals, which rely on human observations and, as such, potentially could be riddled with overt or subconscious bias. Alternative appraisals, however, rely more on objective data and an “arm’s-length” process between the appraiser and the homeowner or buyer, sometimes assisted by technology, a spokesperson for the GSE said.

Both desktop and hybrid appraisals, according to Fannie Mae, “have the benefit of reducing contact between borrowers and appraisers, thus lowering the likelihood of valuations being affected by personal or unconscious biases.”

Another benefit for the GSEs is access to the vast dataset hybrid appraisals may generate. But it’s unclear who else will have access to the data.

Given how reluctant the GSEs have been to share the appraisal data they already have, John Brenan, chief appraiser at appraisal management giant Clear Capital, sees little hope for a public repository of floor plans, for example. The GSEs have so far rebuffed demands from academics, fair housing groups, lawmakers and federal agencies to make appraisal data public.

The GSEs “collect all of this [appraisal] data, but they’ve kept it close to the vest,” Brenan said. “Something has to give. If they say, ‘Sure, we’ll make it available,’ but only 5% of companies can access it, that’s not mission accomplished.”

Think of the savings

Clear Capital’s Brenan describes his vision of a hybrid appraisal as one which can drastically reduce wait times.

“An agent does a floorplan scan when they make a listing. An offer comes in at 5 p.m. that afternoon. The seller accepts it; they go into contract. The borrower says, ‘I need a loan,’ and the bank says, ‘We want to do a desktop appraisal.’ Then they submit an order to us and the appraiser gets it the next day. The appraiser can do it all within 24 to 48 hours.”

Quicker turnaround essentially means less work per appraisal — as Brenan put it, “The amount of work that an appraiser does for a hybrid appraisal has been less.” But the reduced fee may prompt the worker to take on more jobs.

“You can see that appraisers would recognize that and say, ‘I can take a percentage of what I used to, I can do more appraisals, and the way I make money is on volume.’”

How much less, Brenan wouldn’t say. But Fannie Mae, based on 121,000 property data collection submissions in its pilot from April 2021 through March 2022, said lenders were able to shave off, on average, four days compared to traditional appraisals.

The cost savings was about $90 to consumers, although a spokesperson said pricing for appraisals is set by the market and Fannie Mae is not involved. Appraisal costs vary widely, depending on the complexity of the assignment, but could fall anywhere from $250 to upward of $500.

Many appraisers remain skeptical of efforts to reduce costs in the short term through hybrid and desktop appraisals. Pushing too hard to cut costs also may dissuade appraisers from adopting alternative appraisals.

“You can’t go to an appraiser and say, ‘You’ll do 10 times more at half the price with hybrid appraisals,’” said Mike Walser, president of Incenter Appraisal Management. “Most appraisers would look at you like you have three heads.”

Walser thinks asking appraisers to lower their fees also may discourage top appraisers from adopting remote inspections. Long term, he said, the speed of a hybrid appraisal — not just savings on appraisal fees — will be a “huge industry benefit.”

The prospect of reducing appraisal costs at scale is tantalizing. It’s not discernible, however, how much of the initial savings on desktop appraisal assignments is due to modernization, and how much is the result of the current market, in which overall demand for appraisals has dropped dramatically, amid the ever-increasing cost of borrowing money.

“Since the market has softened, many appraisers are doing appraisals for a lot less, which has translated into a [cost] reduction on desktop appraisal assignments,” Brenan said.

The hybrid approach also could reduce reliance on a dwindling workforce of specialists. The appraisal backlog during the height of the refinance boom caused widespread frustration among lenders.

“The average age of an appraiser is 60 years old; there will be a wave of retirements in the next two to five years,” said Walser. “There are a little over 40,000 unique appraisers [handling] all loans in [the GSE] portals — and when that drops to 30,000, it will be really difficult.”

As the cost of borrowing money rises, mortgage lenders are implementing a raft of cost-reduction measures. The mortgage industry, per the latest jobs report from the U.S. Bureau of Labor Statistics, hemorrhaged 5,000 jobs in May, Inside Mortgage Finance reported. Property data collection firms, however, are enlisting scores of independent contractors to carry out inspections for hybrid and desktop appraisals.

Of ProxyPic’s 65,000-strong panel of property data collectors, 2,000 to 3,000 are inspectors, real estate agents or appraisers — a figure Tomaszewski said he hopes to grow to 7,000 or 8,000. Clear Capital representatives said the company has a pool of 3,000 independent contractors, who are licensed real estate agents and brokers, conducting property data collection for hybrid appraisals.

Freddie Mac requires data collectors to be trained, but that training need not be in person.

During Fannie Mae’s hybrid appraisal pilot, the company required data collectors to be bonded or insured, background checked, vetted and professionally trained by the property data collection vendor, and be a member of an eligible labor force, which includes real estate agents, appraiser trainees and insurance inspectors, a spokesperson said.

ProxyPics has technology to ensure data collectors are actually taking pictures of the subject property. Using a geofence, its mobile app will shut down if the collector tries taking a picture outside the property’s geographic area. It also uses satellite imagery to make sure the floor plan checks out.

But Tomaszewski said there are limits to the company’s capabilities. For example, it’s not feasible to scrutinize every property data collector to ensure he or she does not have a financial interest in a property, or a bias toward one of the parties in a transaction.

Still, property data collectors must attest that they do not stand to benefit from the transaction, Tomaszewski stressed. But he said, ultimately, “If you want to commit fraud, you will.”

Many in the mortgage industry are still getting comfortable with the March introduction of desktop appraisals. Now, as both GSEs move toward another alternative appraisal model, it remains to be seen whether appraisers will embrace it.

“Let’s knock off some of the sharp edges,” Walser said. “Take the next six months with a big grain of salt.”

The post The hybrid appraisal is here. Who benefits? appeared first on HousingWire.