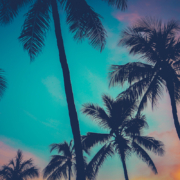 Real estate agents across the country have made it clear – low inventory and low mortgage rates have kept them busy throughout the pandemic, especially in typical vacation destinations. That trend is holding true for the housing market in Hawaii, located about 2,500 miles west of the mainland.

Increased demand has had a knock-on effect on prices, with single-family home prices increasing year over year on every island in September. On Hawaii, home prices increased 6.7%; Kauai increased 31.7%; Maui increased 9.1%; and Oahu increased 13.3%. The median list price as of Wednesday in Hawaii was $640,000, according to Redfin.

But buying a house isn’t the only cost for people relocating to a Pacific island paradise. The average cost of moving a 3-bedroom house to Hawaii is between $5,000-$10,000, based on the weight of the shipment or the dimensions, and it costs about $1,000 to $1,500 to ship a car, according to Hawaii life.

Donna Duryea, a Realtor at Corcoran Pacific Properties, told HousingWire that a local shipping company asked for a 30% increase in fees because the number of ships has been “curtailed” due to COVID-19. Duryea said that a lot of buyers prefer turnkey homes, or fully furnished homes because they don’t want to spend money shipping personal items.

But the rising costs aren’t deterring buyers from the Hawaii housing market, with many buying sight-unseen.

“I just had a client fly in and it’s the first time they’ve seen the house they bought in July,” Duryea said. “They were just here last week.”

Duryea added that she’s noticed more multi-generational families moving in with each other, too.

“People aren’t downsizing right now, they’re looking to be able to put multiple families in, and definitely to bring elderly to live with them,” Duryea said. “I think you’re going to see a whole lot more parents being cared for in the family home…what I’m seeing is people are looking for big houses.”

As the Hawaii housing market continues to soar, housing inventory remains low. On the eastern half of the Big Island, Jonathan Correa with Better Homes and Gardens Real Estate Hank Correa Realty said that construction has been booming and “they can’t build them fast enough” in Pahoa.

About a month ago, Correa said he had five homes in escrow that were still under construction.

“Price-wise, they’re going anywhere from 230 to 260, and those are standard first-time buyer homes…three beds, two baths around 1,200 square feet,” Correa said. “That’s kind of the hottest market, I would say.”

Correa said that about 25% of his buyers are coming from San Francisco and other parts of California, and some from New York.

RE/MAX agent Victoria Murphy said that she categorizes homebuyers in three groups – current renters, off-island retirees and military. Murphy said over the last month alone, she saw an increase of retirees seeking to refinance their primary homes on the mainland and use their cash-out refinance to use as a down payment in her market of Oahu.

“I think the highest in terms of cash over appraisal that I’ve witnessed was $85,000,” Murphy said. “That’s wild to me.”

Murphy got her Realtor’s license earlier this year. She said that this year couldn’t have gone better for a newly licensed agent.

“It’s been absolutely wild,” Murphy said. “I should hit 60 transactions in my first year, which is insane for a new agent.”

James Lewis, a Realtor with Coldwell Banker Realty – Diamond Head in Honolulu, said that he’s noticed fewer people want to go to the mainland because of COVID-19, and that’s barring some from travelling, much less moving there.

“Inventory is the lowest, I think probably since they started keeping stats,” Lewis said. “People just don’t want to sell, where are they going to go? They don’t want to go to the mainland.”

Lewis is also getting homebuyers from California, and one from Utah. He said his buyers are seeking out homes on the beach, now that social activities have been curtailed.

The post The Hawaii housing market heats up appeared first on HousingWire.