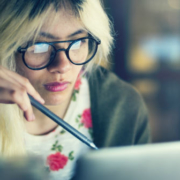 You can pretty much be broke at any age. For me, I was pretty poor growing up. So, there was really only one way to go, and that was up.

When it comes to financial mistakes, though, I believe that most of them are made between the ages of 25 and 35 years old.

You see, that’s the first quarter of the football game of life, or the earning years, which for most of us is between the ages of 25 to 65. It also looks like some of us may be going into overtime too, as the government keeps pushing back the retirement age (which I believe is now 67).

So, where do most of us go wrong when it comes to controlling our money?

Recently, I read where Dave Ramsey, the anti-debt guru, tweeted that if you could just save $100 a month between ages 25 to 65, at 12%, you’d have $1,176,000, thus making all of us potential millionaires. He then explained that this statement was intended to inspire people to save.

I think Dave does a great job getting folks, who are in financial trouble, back on track by eliminating all of their debts. Although this puts folks in a much better financial picture, it does so by making the assumption that all debt is bad.

For example, good debt is something that you take on to improve or to build wealth (i.e. a student loan to get a better paying job, a mortgage for a rental property, or a loan to expand your business). Bad debt is when you purchase something that goes down in value or doesn’t throw off any additional cash flow (i.e. credit card debt, a loan for a leisure vehicle, a pay-day loan, etc.).

I also believe that it’s making the assumption that people, who aren’t necessarily good with money, are not disciplined, and therefore, should not have any debt.

The downside is that this person is limited by the negative stigma surrounding debt and is less likely to utilize disciplined leverage. By this, I mean utilizing good debt to build wealth. For example, if I took a HELOC (Home Equity Line of Credit) and I used that to buy or fix-up another property or I purchased a note with a higher return than the interest rate I borrowed at, this would be a disciplined way to leverage debt.

Utilizing these types of strategies, by the way, is how I was able to build most of my personal wealth.

Other than establishing bad debt and not utilizing disciplined leverage, another common financial mistake is living beyond your means.

Related: The 5 Steps Necessary to Master Your Personal Finances

One thing I see wealthy people do is that they have a cash flow budget, and they pay themselves first. They know their own numbers (exactly how much they need to live on, their income, expenses, etc.), and they have a plan for the rest of their cash.

When I used to meet with first-time homebuyers, as a real estate agent for a homebuyer qualification, the first thing we talked about was their family budget. This consisted of all income and expenses and how much they would qualify for as far as housing expenses go (the biggest bill for most). Often, this is the first time many couples even look at all of their expenses written down.

For many, this was also the first time that they analyzed their wants versus their needs. They got to see firsthand how much was too much from a lender’s perspective. They also learned exactly what the bank was looking for in a mortgage, which is usually based on the borrower’s stability and ability to pay (things like front-end and back-end ratios).

Then why are so many who are starting out living beyond their means?

Maybe it’s in our instant gratification culture. Maybe we all want to show off to family and friends. Maybe instead of taking control of our money, we’re letting it control us.

In George Clason’s book, The Richest Man in Babylon

, he tells parable-like stories about how clay tablets found in the Middle East from 8,000 years ago hold the secret to becoming financially well-off. Besides paying yourself first, one included instruction is to live off 70% of your income, save 10%, invest 10%, and give the remaining 10% to charity.

If this simple formula is the key to attaining financial stability, why is it that most of us don’t follow it?

, which comes with the Cash Flow for Kids game, he states that every time a dollar hits our hand, we’re choosing to be rich, middle-class, or poor by what we decide to do with it (from a cash flow perspective anyway).

So, I guess the secret is… there is no secret. You need to be disciplined, live within your means (unless you can figure out a way to expand your means), and have a budget, as well as a plan to invest in cash flowing assets. The sooner you can do this, the faster you’ll build true wealth.

So, what’s your secret?

Leave your comments below!