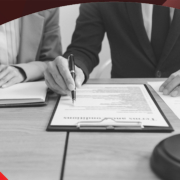 CrossCountry Mortgage is suing Guild Mortgage for poaching a former Las Vegas branch manager and allegedly convincing her to steal proprietary information, the latest escalation in a brewing legal battle between the retail mortgage lenders.

CrossCountry alleges that San Diego-based Guild Mortgage offered Mirajoy Casimiro, former branch manager and loan originator at CrossCountry, a lucrative employment package and persuaded her to take “massive amounts” of confidential business and client information in the period spanning between mid- 2020 and January 2021.

The lawsuit also claims that Guild convinced Casimiro to divert loans in process to be closed.

The accusations are part of a lawsuit filed in late-May in the U.S. District Court of Nevada. CrossCountry Mortgage seeks an undisclosed amount as compensation for “the continuing loss of its competitive position, loss of market share, and lost profits.”

According to the lawsuit, Casimiro was “in active coordination” with Guild in exporting confidential information and data while she was still employed with CrossCountry. The lawsuit also said that CrossCountry did not receive a warning from Casimiro when she left to join Guild in January 2021.

CrossCountry alleges that Guild intentionally made Casimiro breach her contractual obligations and duties of loyalty, and as a result, CrossCountry has suffered substantial harm, including loss of investment made in the former branch manager and a disruption to the company’s Las Vegas operations.

This is not the first spat between the two lenders. In October 2021, Guild Mortgage sued CrossCountry for allegedly engaging in similar practices. As of June 2022, litigation is ongoing.

Another lawsuit was filed by Caliber Home Loans in May 2022, which accused CrossCountry of executing an “illegal scheme of unfair competition” by targeting its employees, stealing trade secrets and diverting customers.

The accusations are part of a lawsuit filed in May in the U.S. District Court for the Western District of Washington in Seattle.

Caliber claims its rival hired more than 80 of its employees, among them 40 loan producers, beginning in February 2021. The staff worked across 18 different branch offices in six states: Washington, Oregon, Texas, Florida, Tennessee and California.

At the time, neither lenders responded to requests for comment.

The post Tensions rise between CrossCountry and Guild appeared first on HousingWire.