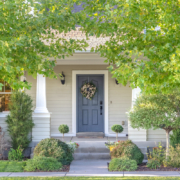 With a number of tech companies relocating to or expanding their footprint in Austin, Texas, current residents and local first-time homebuyers are getting squeezed by rising home prices.

And it’s a trend that is only going to get worse, as real estate company Redfin reports that hot housing markets in major southern cities, including Austin, will become less affordable in 2021.

According to the latest Central Texas Housing Report from the Austin Board of Realtors, the median sales price in the city of Austin rose 10.1% in November, bringing the average home price up to $433,493. Additionally, residential sales increased by 28.8% and sales dollar volume soared 47.2% last month. There is currently only one month’s worth of housing inventory in Austin.

Little-to-no inventory among such strong demand is artificially raising the median home price right now, 2020 president of the board, Romeo Manzanilla, told HousingWire.

“This demand that is increasing prices at the same time is making affordability a much bigger concern,” Manzanilla said. “I think there’s a lot of homebuyers that are really tempted by the fact that mortgage interest rates are so low.”

Hanalei Myers, a Realtor at Coldwell Banker – Northwest Austin, said that it’s particularly hard for first-time homebuyers to enter the market due to multiple offers. They’re frustrated and seeking newly constructed homes or moving further out on the outskirts of Austin, she said.

“Most of my clients are not just going to change altogether city wise, but I’m definitely seeing a huge uptick in people looking at Buda, Kyle, further south of Austin, for sure,” Myers said.

It’s not just first-time homebuyers who suffer from Austin’s lack of housing affordability, according to Rick Orr. The Realtor at Orr Residential in Austin said that multiple offer scenarios create challenges for all types of homebuyers, whether it’s the first time or even the third time buying a home.

“With low-interest rates, the purchasing power has somewhat offset the increase in the fact that the interest rates are low,” Orr said. “It’s not a perfect science and in the competitive deals, oftentimes it comes down to who’s willing to increase their out of pocket at closing to make up for what might be a, who knows, as much as 1% or 2% appraisal.”

Over the course of the year, mortgage rates have fallen – this week hitting a record low of 2.67% – while home prices in areas like Austin have hit record highs. Once mortgage rates tick back up to pre-pandemic rates, housing affordability will decrease even more.

According to the latest housing affordability index from the National Association of Realtors, in Q3 this year the median price of an existing single-family home nationally was $313,500, compared to $280,000 in Q3 the year prior. During Q2 this year, it was $291,100.

Frank Nothaft, executive, chief economist at CoreLogic, told HousingWire that CoreLogic forecasts U.S. home-price appreciation will average 3.4% per year during the next two years, compared with 4.8% per year the prior.

“This pace will still be faster than inflation (forecast at about 2% per year),” Nothaft said. “When mortgage rates rise up from the current record low, then homes will become increasingly unaffordable. When this happens, we expect home-price growth to slow further.”