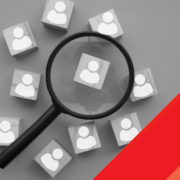 Lindblom joins the non-QM-focused lender following a stint at First Guaranty Mortgage Corp., where she was COO before the company declared Chapter 7 bankruptcy and folded. She was previously the COO at Glenn Stearns’ Kind Lending and Planet Home Lending. Lindblom also spent five years at Stearns Wholesale between 2012 and 2017, where she was managing director of national fulfillment and operations.

Arc is owned by AG Mortgage Investment Trust, a publicly traded real estate investment trust. The fund is managed by Angelo Gordon, a New York-based hedge fund with some $50 billion in assets under management.

Arc offers a range of mortgage products, but specializes in non-QM loans. The New Jersey-based lender in April announced that it had released non-agency products through its delegated correspondents, including bank statement loans, DSCR, agency plus and a program geared toward borrowers who fall just outside the parameters of a traditional jumbo loan.