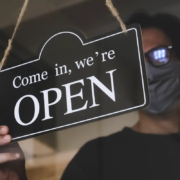 Non-QM lender Sprout Mortgage is setting up a distributed retail operation, and it’s picked a veteran of Wells Fargo to lead the new division.

Johnson spent two decades at Wells Fargo, leading sales teams in the Miami and Philadelphia regions. Johnson, based in Miami, has also worked at PNC Bank during his career in mortgage banking.

Sprout said it intends to grow its retail channel through increased direct sales to consumers and residential investors, dedicated retail facilities, and joint ventures. Sprout does most of its business through mortgage brokers. It also has a low-margin correspondent business.

The addition of Johnson represents yet another change to the C-suite at Sprout, which halted non-QM lending last year when the coronavirus pandemic began and liquidity dried up. In the last six months, Sprout has unveiled a series of new products for it non-QM program, resumed correspondent lending