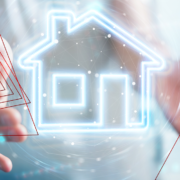 The two companies have been working toward the merger since LLR Partners’ made an investment in each in January. Richard Harris, former chief executive officer at email sending and delivering platform Spark Post, will take the helm as CEO.

A unified name has not yet been determined and Sales Boomerang and Mortgage Coach will continue to operate as distinct brands, for now, the companies said. Specific terms of the deal were not disclosed.

In January, Sam Ryder, principal at LLR Partners, cited the companies’ solutions products as the reason for the capital investment. He said lenders reported that they received a high return on investment from Sales Boomerang and Mortgage Coach’s products, and LLR felt that there was significant upside in the firms, even though margins in the industry are narrowing due to higher rates.

The two companies’ technology solutions are already tightly integrated and the relationship between their executives was a bonus to LLR Partners, Ryder told HousingWire in January.

In 2016, LLR Partners led a $26.5 million investment in eOriginal, a digital platform that aims to securely digitize the lending process from the borrower to the secondary market.

Sales Boomerang monitors customer databases on behalf of lenders to identify when a customer is ready for a new loan. The lenders can then offer “the right loan to borrowers at the right time,” Alex Kutsishin, the former CEO of Sales Boomerang, said in January.

Mortgage Coach provides an interactive borrower education platform that lets loan officers guide borrowers through a visual presentation of their loan options so that the LO becomes a trusted advisor, Dave Savage, then co-founder and CEO Dave Savage of Mortgage Coach said back in January.