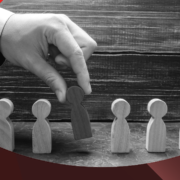 Eric Hill, an Atlanta real estate agent representing a nationwide homebuilder, had a plan to help more than 100 homebuyers get mortgages. The problem: They did not qualify for the loans.

Hill’s scheme, also enabled by a group of co-conspirators, caught up with him, in part because many of the loans started going south. In the end, some $850,000 in claims had to be paid on defaulted government-backed mortgages insured by the Federal Housing Administration (FHA).

Hill instructed the homebuyers on how to game the system by submitting fraudulent asset, income and employment information on loan applications. He later found himself the target of a federal investigation that alleged the criminal conspiracy he engaged in resulted in more than $21 million in fraudulent mortgage loans being originated, many insured by the FHA.

Hill also was accused of defrauding his employer out of $480,000 in sales commissions.

“Eric Hill engaged in premeditated criminal acts with the sole purpose of enriching himself, without regard for millions of American homebuyers who rely on federal housing programs to insure their mortgages,” Wyatt Achord, special agent in charge with the Department of Housing and Urban Development (HUD) Office of Inspector General, said in a U.S. Department of Justice (DOJ) statement released on the case. “His fraudulent actions strike not only at the fiscal integrity of the FHA, but also our neighbors and communities who are victims of these schemes.”

Hill, 52, and nearly a dozen co-conspirators, eventually were convicted and sentenced for their crimes. In Hill’s case, he was sentenced this past January to two-and-a-half years in federal prison to be followed by three years of supervised release.

The Hill case is not a common occurrence in the world of housing finance, but it is far from rare. As the housing market enters a purchase-market cycle sparked by rising mortgage rates that have killed off a long-running refinance boom, we can expect to see mortgage-fraud schemes proliferate, industry experts say.

“The main drivers of the increase in fraud risk are the lower volumes of rate-term refinances and higher share of mortgages for the purchase of a home,” wrote Molly Boesel, an economist with CoreLogic, in an article summarizing the findings of the firm’s annual Mortgage Fraud Report. “Purchase transactions have higher fraud risk than refinances.

“In a purchase, there are more parties involved, more commissions, and more motives to ‘make the deal work.’”

According to Boesel, CoreLogic estimates that the current overall mortgage-application fraud rate is at about 1 in 120 loans. For purchase-only loans, that ratio tightens to 1 in 90 loans. “It becomes a more concerning 1 in 23 if we only look at investment [property] purchases,” she added.

The extent of the mortgage-fraud problem and its national reach can be gleaned from DOJ press releases gathered from across the country. A website tracking some of those cases, the Mortgage Fraud Blog, highlights 10 federal cases from March, April and early May. All were winding their way through the federal court system — with defendants facing Indictments, arraignments, plea hearings or sentencing for mortgage-related fraud.

Following are some of the DOJ presser headlines for those cases and links to the official releases describing the charges.

Rising rates slowed the rate-term refinance train in the fourth quarter of last year, according to the CoreLogic report, moving the market toward purchase loans — and increased mortgage-fraud risks.

Scott McNulla, a senior director overseeing regulatory compliance at loan due-diligence firm SitusAMC, said one way to guard against or spot red flags in the mortgage origination and/or securitization pipeline that can cause problems down the road is to ensure the loan-input data is correct from the start.

“I think as people shift to try to maintain their volume, it’s going to be important that they document their files well,” he said. “Having well-documented files is going to be key, especially as people look to sell to different entities with different guidelines and different overlays that will require additional scrutiny.”

Another source of data and a good indicator for mortgage fraud are the Suspicious Activity Reports (SARs) that financial institutions must file with federal regulators to comply with the Bank Secrecy Act when they suspect criminal activity might be occurring, such as money laundering or other fraud. The U.S. Treasury Department’s Financial Crimes Enforcement Network, or FinCEN, tracks those filings and publishes the aggregate findings on its website.

A tally of FinCEN’s SARs data collected between 2014 and 2021 shows that total filings have generally trended upward since 2014 across depository institutions (banks); finance companies, which includes nonbank mortgage lenders; and the government-sponsored enterprises (GSEs) Fannie Mae and Freddie Mac.

In the specific area of mortgage fraud, however, SARs filings have trended downward at depository institutions, from a high of 35,258 filings in 2014 to 8,805 filings in 2021. The decrease in filings coincides with the rise of nonbanks as a major source of originations in the country.

“The nonbank share for agency [mortgage] originations has been rising steadily since 2013, standing at 75.1 percent in February 2022,” a March report by the Urban Institute’s Housing Finance Policy Center states.

There were 1,150 SARs filings lodged in 2015 related to potential mortgage fraud involving the GSEs, according to the FinCEN data, and last year that number stood at 5,042. For finance companies, mortgage-related SARs filings increased from 963 to 15,805 over that period. (The data for the GSEs and finance companies for 2014 represents only a partial-year reporting, so it was not used for comparison.)

It’s important to note that SARs filings related to mortgage fraud are only indicators of potential criminal activity, not proof positive. In addition, the filing trends are a byproduct of the strengthening, increased awareness and broader enforcement of anti-fraud laws in the years since the 2007-2008 housing market crisis.

Following is a breakdown of SARs filings by institutional category for 2021, compared with 2020. Some SAR filings may list multiple suspicious activities.

An FBI backgrounder on mortgage fraud explains that it “is crime characterized by some type of material misstatement, misrepresentation or omission in relation to a mortgage loan, which is then relied upon by a lender.”

“A lie that influences a bank’s decision — about whether, for example, to approve a loan, accept a reduced payoff amount or agree to certain repayment terms — is mortgage fraud,” the law enforcement agency’s overview states. “The FBI and other entities charged with investigating mortgage fraud, particularly in the wake of the housing-market collapse, have broadened the definition to include frauds targeting distressed homeowners.”

The post Risk of mortgage fraud is on the rise in the current market appeared first on HousingWire.

loanDepot reports loss of $91.3M in Q1
Scroll to top