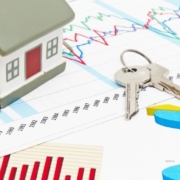 As I begin gathering my thoughts about what might happen next year, I like to look back at my predictions for the previous year to see how I did. It’s useful to look at what I got right and learn from what I got wrong to become a better investor.

I’m not a professional forecaster and don’t maintain my own economic models. But as an analyst and an investor, I do study tons of data to form a thesis about what is likely to happen in the coming months and years. The point is not to get it all right—that’s impossible. Data is backward-looking, and we can never say for certain what will come next. The point is to understand the most likely scenarios and to form a thesis about the economy that enables confident decision-making.

I create a lot of content and update my thesis regularly when new data emerges, so I don’t have one concrete “prediction” from last year, but let’s look at some of the themes that made up my 2022 thesis.

A Tale of Two Halves

In January 2022, I wrote, “I don’t think the dynamics of the housing market will change too much in the coming months. Demand is still strong, supply is still incredibly low, and prices will likely keep going up…Ultimately, what happens in the second half of 2022 is more of a question mark for me. My estimate right now is that cooling will drop year-over-year appreciation to 2% to 7% appreciation rates by year-end.”

A major part of my thesis last year was my strong belief that 2022 would be “a tale of two halves” for the national housing market. We knew the Fed wasn’t going to start raising rates until March, and I felt that given the seasonality of the housing market, price appreciation would peak in Q2, and then the second half of 2022 would see cooling.

Overall, I think I nailed the timing of the market shift. It looked like home prices in many markets peaked in June (while others are still growing), and are now seeing month-over-month declines (which is different from year-over-year, which is how I made my prediction). The shift happened right at the halfway point! The most recent weekly data from Redfin shows year-over-year appreciation at around 6%, which is right in range, but we’ll just have to see if I was right about 2-7% by the end.

In November of 2021, I wrote, “If rates rise quickly, it could cause a shock to the system, and housing prices could slide backwards. But, the Fed is not likely to do that. They will likely try to raise rates as slowly as possible to allow economic expansion and wage growth to counteract the impacts of rising rates. This is what happened post-Great Recession, which was one of the strongest periods of property price growth in American history—despite rising rates. That said, if inflation stays high for too long, or even starts to accelerate, the Fed could be forced to raise interest rates faster than they want to, which could hurt housing prices.“

I think I got the logic here right, but with a caveat (more about that below). I believe the Fed’s intention around the end of 2021 was to follow their old playbook from post-Great Recession and raise rates slowly. I believed that because they said that’s what they would do!

This wasn’t exactly a hot take. But, I did recognize the very real chance the Fed could be wrong about inflation, and they could be forced to break from its post-Great Recession playbook and raise rates rapidly. And as we all now know, that’s exactly what happened.

Although I recognized the Fed might be forced to raise rates quickly, I’ll be honest, I did not think interest rates would rise as quickly as they did, as much as they did. I thought supply-side improvements would help moderate inflation sometime in Q1 or Q2 of 2022 (even though increased monetary supply and strong demand would keep inflation relatively high), and then the most likely course for the Fed was to follow their 2009 playbook and raise rates gradually.

But that’s not what happened. Instead, lockdowns across the globe persisted, and the Russian invasion of Ukraine caused even more supply-side issues. These events, coupled with the increased monetary supply and strong demand, sent the CPI higher than I believed it would go. It remains stubbornly high today, and mortgage rates are hovering around 6.25% as of this writing.

About those mortgage rates, that’s where things went off the rails for me. On November 21, 2021, I posted this on Instagram (I’m @thedatadeli if you don’t follow me):

Wow. It burns my eyes just looking at that. When I can’t fall asleep at night, it’s this post that haunts me.

To be fair to myself, this was posted before the Fed announced three rate hikes in 2022, and we were flying blind, but I figured I’d give you all a good laugh at my expense. And, at least I was very slightly less wrong than Realtor.com, CoreLogic, and Redfin.

But to be honest, even once the Fed announced three rate hikes in 2022, I still didn’t think we’d have rates as high as we do today. I figured we’d still end 2022 somewhere around 5%. Given that rates are around 6.25% as of this writing, I think it’s safe to say I missed badly on this one. I knew rates were going up to a more ‘normal’ level, but I just didn’t think the Fed would be as aggressive as they have been. I expected inflation to come down sooner, not because of Fed action, but because the supply chain would open up. That didn’t happen, and the Fed is going full throttle on rate hikes with limited success in containing inflation so far.

Given this, I see more downside risk in the national housing market than I did at the beginning of 2022. The decline in affordability accompanying this rapid rise in rates will weaken demand and put downward pressure on prices. It’s hard to say what will happen from here, but I still believe that a “crash” (20% decline or more) is not the most likely scenario on a national level, but some markets could see crash-level declines.

When we entered 2022, inventory (the number of homes on the market at any given time) was historically low. When inventory is super low, it signals a seller’s market that is likely to see price appreciation. And sure enough, that’s what we saw in the first half of 2022.

I knew that as rates rose, affordability and demand would fall, typically sending inventory upward. But inventory is not just about demand. It’s also about how many homes are listed for sale. There’s a lot of seller psychology to account for. Most people don’t want to sell their homes for a loss, so in a correcting market, many sellers opt to wait out the correction. I wrote about this idea in May if you want to understand more.

I honestly wasn’t sure what would happen in the second half of 2022, which is why I considered it the X factor that would ultimately determine if the national housing market remained slightly positive or skewed negative by the end of the year. I landed on the side of “slight modest YoY appreciation” because I was skeptical we would see inventory hit pre-pandemic levels, which turns out to be correct. Whether my price prediction is correct remains to be seen.

But the simplicity of this national-level chart betrays what’s really going on in the market—the housing market is splitting. Different metros are seeing very different inventory dynamics.

Just look at the difference in Active Listings between Austin and Boston.

In Austin, Active Listings are up 60% YoY, which indicates a rapid shift from a seller’s market to a buyer’s market. Pretty easy to see prices coming down in Austin.

On the other hand, we have Boston, where active listings have been declining! Still a seller’s market here. Prices could still moderate, but on a much smaller scale than in Austin.

So inventory really is becoming a major X factor! We’ll still have to see this all play out, but it’s definitely the number one thing I’m watching these days.

Given the complexity of the economic climate in 2022, I think my thesis has held up pretty well so far. Of course, I wish I wasn’t so far off on mortgage rates, but as I said above, the point of developing an investing thesis is not to be right about everything. It’s about formulating an educated understanding of the market that helps you make informed investing decisions. In that respect, I’m pleased with my 2022 thesis because my overall understanding of the market was good and allowed me to make solid investing decisions.

I locked in low-rate financing on long-term fixed-rate loans, dove more into large multifamily investments to take advantage of long-term supply constraints, and underwrote deals with little to no market appreciation in the next few years, just to be conservative.

As we approach another year of uncertain economic conditions, I encourage you all to start thinking about your investing thesis for 2023. Take the time now to take stock of the economic climate and the shifting market dynamics. Think about what might happen in your market in the coming year and how you can make strong investing choices given the realities on the ground. What will high rates do to inventory in your area? What asset classes will offer good returns? How do you protect yourself from a potential rise in unemployment rates?

You shouldn’t be scared of these conditions just so long as you’re prepared for them. There are always deals to be had. You just have to adjust your thesis to fit the market. To learn more about analyzing deals, be sure to check out my new book Real Estate by the Numbers here!