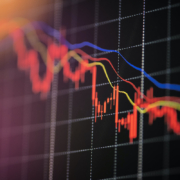 Redwood Trust Inc., a real estate investment trust (REIT) based in Mill Valley California that has residential operations focused on nonagency jumbo loans, recently reported a second-quarter 2022 net loss of $100 million, after recording a net gain of $31 million in the prior quarter.

Likewise, Atlanta-based Angel Oak Mortgage Inc., a real estate investment trust focused on nonqualified mortgages, or non-QM, recently announced that it was struggling with red ink — recording a net loss of $52.1 million for the second quarter ended June 30, bringing its total losses for the year so far to $95.7 million.

The common theme in the earnings results for both REITs is the impact of fast rising interest rates and general rate volatility on their residential mortgage holdings and operations. In general, lower-rate mortgages are at a competitive disadvantage in terms of pricing in securitization and loan-trading liquidity channels in such an environment because they are worth less than the newer crop of higher-rate mortgages. Keith Lind, CEO of non-QM lender Acra Lending, put it this way: “These aren’t bad loans, just bad prices.”

“We continued to experience a challenging economic environment in the second quarter of 2022,” said Robert Williams, president and CEO of Angel Oak Mortgage (AOMR). “Historic inflationary pressures resulted in continued volatility, both in nominal interest rates and in the widening of interest rate spreads, driving unrealized losses on our portfolio of target assets.”

Because they are deemed riskier loans than conforming agency-eligible mortgages, rates for non-QM loans generally average around 150 basis points higher than conforming rates in a normal market, according to industry experts.

AOMR is a publicly traded REIT that is part of Angel Oak Cos., a long-term player in the non-QM mortgage market. It is externally managed and advised by an affiliate of Angel Oak Capital Advisors. The Angel Oak Cos. family of affiliates also includes non-QM lenders Angel Oak Home Loans and Angel Oak Mortgage Solutions.

AOMR has bulked up its warehouse lending arsenal to help bolster liquidity to better cope with the volatility of the current market. Its earnings report shows that it added a new $340 million warehouse financing facility during the second quarter and since the end of the quarter it increased the capacity of an existing warehouse line by $260 million — to a total of $600 million. The added warehouse financing capacity brings “the maximum availability on all financing lines to $1.9 billion,” the REIT reports.

Rapidly rising interest rates also negatively impacted the bottom line for Redwood Trust. Since the beginning of the year, rates are up more than 2 percentage points — with the most recent Primary Mortgage Market Survey from Freddie Mac showing the conforming 30-year fixed-rate mortgage with an average rate of 5.22%.

Redwood reported in a review of its second-quarter earnings performance that “profitability in the quarter was impacted by deterioration in the prices of jumbo loans….”

Redwood, too, is ensuring it has adequate liquidity to ride out the rough patch in the market. Redwood reported in the earnings-review report that in addition to $412 million in cash and financeable loans as of June 30, “we also have over $450 million of other unencumbered assets and approximately $2.7 billion of unused warehouse capacity to support go-forward mortgage banking production.”

The REIT, however, warns that there are still plenty of low-rate jumbo mortgages for the nation’s housing market to digest. Redwood’s earnings-review report states that the majority of jumbo inventory “yet to be sold or securitized in the current market is at lower coupons [3.5% or less],” which will “impact executions for those seeking to securitize.”

“We believe this overhang will clear in the coming quarters,” Redwood’s earnings-review report states, adding that the REIT’s inventory of jumbos now has an average coupon greater than 5%.

“Redwood has sold substantially all of its lower-coupon jumbo mortgages, which should benefit our margin performance going forward,” the REIT earnings-review report states.

Western Asset, which is managed by investment advisor Western Asset Management Co. LLC, recently announced that it is exploring a potential company sale or merger in the wake of posting a $22.4 million net loss for the second quarter ended June 30 — on the heels of posting a $22.2 million loss in the first quarter. The REIT, with some $2.8 billion in assets, has a diverse portfolio of residential and commercial real estate assets.

A closer look at Western Asset’s books shows that as of June 30 its residential whole loan portfolio, nearly all of which is comprised of non-QM loans, was underwater by some $44 million. That’s based on a comparison of the principal balance of the loans on the books and an assessment of their fair market value as reported by the REIT as of that date.

The fallout in the non-QM market, due in large measure to the volatility of rates this year, is not limited to REITs. Non-QM lender First Guaranty Mortgage Corp. filed for Chapter 11 bankruptcy protection at the end of June — leaving four warehouse lenders on the hook for more than $415 million. Then, in early July, another non-QM lender, Sprout Mortgage, shuttered its doors suddenly, leaving employees out in the cold.

Just weeks later, a text message leaked to the media revealed that Flagstar Bank is ramping up scrutiny of non-QM lenders prior to advancing warehouse funding. Flagstar will now require advance approval for funding advances.

The bank also indicated it may adjust “haircuts” — the percentage of the loan the originator must fund itself to ensure it has skin in the game. The leaked message included a list of 16 non-QM lenders that would be affected by the changes.

“We need to see rates kind of stabilize, flatten for a minute, just to kind of be able to work out the problems,” said John Toohig, head of whole loan trading at Raymond James in Memphis. He added that the hope is that at some point next year, once the Federal Reserve has eased up on its monetary tightening policy, rates might even dip some.

“That’s the hope, that rates will fall again, and we’ll start this baby back up,” Toohig said.