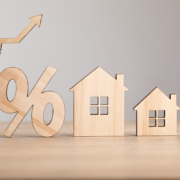 A year ago at this time, 30-year fixed rate purchase rates were at 2.90%. The PMMS, a government-sponsored enterprise index, accounts solely for purchase mortgages reported by lenders during the past three days.

“Over the last two weeks, the 30-year fixed-rate mortgage dropped by half a percent, as concerns about a potential recession continue to rise,” Sam Khater, chief economist at Freddie Mac, said in a statement.

Mortgage rates tend to move in concert with the 10-year U.S. Treasury yield, which fell to 2.93% Wednesday, down from 3.10% a week before. The federal funds rate doesn’t directly dictate mortgage rates, but it does steer market activity to create higher rates and reduce demand.

Mike Fratantoni, Mortgage Bankers Association’s (MBA) chief economist and senior vice president of research and industry technology, told HousingWire that after the Fed’s meeting in June and the removal of some of the market’s uncertainty over the path of rising rates, that rates would settle back to something closer to 5.5%. ​

Despite the decline in rates, borrowers’ demand for mortgage loans fell this week – mortgage application volume declined 5.4%, according to the MBA. Refi apps decreased 7.7% from the previous week and purchase application were down 4.3% from a week earlier.

Khater said that while the drop in rates provides “minor relief to buyers, the housing market will continue to normalize if home price growth materially slows due to the combination of low housing affordability and an expected economic slowdown.”