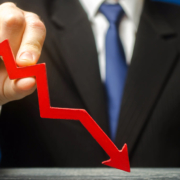 Lenders’ profit margin outlook declined in the second quarter of 2021, the third consecutive quarter of pessimism on the profit front, according to Fannie Mae‘s quarterly Mortgage Lender Sentiment Survey.

Lenders said they expect demand for purchase mortgages but a major dip in demand on refis. The net share of lenders reporting negative demand growth for the next three months hit a net negative for the first time since the first quarter of 2019. In fact, it reached the lowest level since the fourth quarter of 2018 for GSE-eligible and government loans.

“Despite elevated optimism toward the U.S. economy, lenders show a cautious outlook for their mortgage business,” said Doug Duncan, Fannie Mae’s chief economist. “Those who expected a lower profit margin continued to cite competition from other lenders and market trend changes as the primary reasons…With the shift from refinance to purchase business, some lenders commented that purchase transactions are harder to complete and have lower margins.”

Duncan noted that recent economic indicators are cause for some encouragement.

“Though the primary-secondary mortgage spread has continued to narrow, it remains wider than the level seen pre-pandemic, suggesting that lenders are still making profits, though not as much as they did in 2020,” he said.

“Purchase mortgage applications have trended slightly lower in recent weeks; however, they remain fairly strong, and higher than the pre-pandemic level, likely because of continued low mortgage rates, ” he said. “Our June National Housing Survey released early this week showed that consumer demand remains strong since ‘home purchase on next move’ is at a survey high, despite the challenges of accelerated home price appreciation and insufficient supply.”

At the Mortgage Bankers Association‘s spring virtual conference, speakers warned that narrowing profit margins could make for some difficult conversations between executives and loan officers.

“Trees don’t grow to the moon, and at some point volume comes off from refinances and margin will get tighter,” Michael McCauley, principal at mortgage consultancy Garrett, McAuley & Co., said.

Lenders need to prepare for margin compression “because it’s likely to be significantly worse” than 2018, McAuley said. Except this time, the lenders in 2018 who priced loans aggressively “have a lot more retained earnings and a lot more staying power,” he said.

The post Profit margins are just going to get worse, lenders say appeared first on HousingWire.

Will Housing Inventory Recover in 2021?
Scroll to top