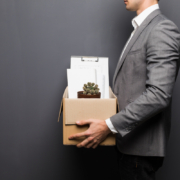 It marks the California-based company’s third round of layoffs this year, as Pennymac had a workforce reduction of 236 employees in March and cut another 207 staff members in May.

According to a Worker Adjustment and Retraining Notification (WARN) alert submitted to the Employment Development Department (EDD), on July 18 the company cut 30 employees at its Thousand Oaks office, and two more who worked from Westlake Village.

HousingWire sent an email to the company seeking additional information but did not immediately receive a response.

Bumping rights do not exist for these positions and employees are not represented by a union, wrote Stacy Diaz, executive vice president of human resources at Pennymac, in a letter to the EDD filed May 19 and reviewed by HousingWire.

Pennymac is scheduled to report its second-quarter earnings Aug. 2. However, an estimate from Inside Mortgage Finance puts Pennymac as the fourth-largest U.S. mortgage lender by volume in the period, behind Rocket Mortgage, Wells Fargo and United Wholesale Mortgage.

According to the most recent available data, Pennymac reached $59 billion in originations from April to June, down 21.8% year-over-year.

In the previous three months, the company reported to the Securities and Exchange Commission (SEC) total loan acquisitions and originations of $33.3 billion in unpaid balance, down 29% from the previous quarter and 50% from the first quarter of 2021.

In the first quarter, its net income dropped more than 50% from the same period in 2021. However, the company still reported a pretax net income of $234.5 million from January to March, essentially unchanged from the prior quarter.

“The unprecedented increase in mortgage rates resulted in lower overall industry origination volumes and left originators and aggregators who still hold excess operational capacity competing for a much smaller population of loans,” David Spector, chairman and chief executive officer of Pennymac, said in an earnings call.

The post Pennymac Financial cuts another 32 jobs in California appeared first on HousingWire.

More than ever, lender profitability requires maintaining pace with innovat...
Scroll to top