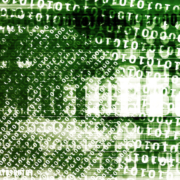 Rates are rising. Refinances are falling. Inventory is contracting. Application fallouts are worsening.

It’s getting harder out there. Worsening market conditions are only going to accelerate an already hyper-competitive mortgage lending industry that is still learning to adapt to post-pandemic homebuying behaviors.

Technology has been the focal point of that evolution more out of necessity than some consensus that homebuyers don’t want to interact with their lenders at all. Don’t get me wrong—I’m a technologist at heart, but that doesn’t mean the answer to every problem always has to be a new technology deployment—it can often be something as simple as a phone call and a timely response to a customer’s question.

Customer-facing technologies, particularly loan origination and decisioning software, are now standard in mortgage lending’s tech stack. But it’s also possible for a homebuyer to apply and receive approval on a mortgage loan without them ever actually speaking with another human.

This is not an Amazon order

There are two critical problems with this. First, it’s not necessarily what the buyer even wants—we’re talking about one of the most important investments of a person’s life, not a spur-of-the-moment Amazon order. Second, for all the value lenders place on delivering simplicity through technology, convenience doesn’t always equal loyalty, and it certainly isn’t the only factor that separates a great customer experience from a poor one.

It’s easy to assume what customers, especially younger ones, want in today’s always-on, digital-forever lifestyle—and easier still to adopt business practices that remove the human-to-human dynamic from a transaction. If customers want digital experiences, who are we to deny them, especially when we can potentially trim a few costs, automate our deal flow and scale more quickly in the process?

But an overreliance on technology, as we’ve increasingly seen, has too many shortcomings to make a digital-exclusive homebuying experience sustainable.

What a borrower wants

The most obvious argument against a totally digital lending approach—and the one that requires the least amount of rationale—is that customers don’t want it. When you’re making the most important investment of your life, don’t you want the option to talk to somebody who knows what they’re doing? Of course you do.

Market research backs that up. According to the 2021 J.D. Power U.S. Primary Mortgage Origination Satisfaction Study, only 3% of homebuyers relied exclusively on digital services to get a loan. John Cabell, financial services practice lead at J.D. Power, has the only quote I’ll need to wrap this up quickly:,“Technology alone is not a magic bullet in this market; the key is knowing where to leverage it and where to layer in more traditional forms of one-on-one support.”

If customers don’t want it, don’t give it to them.

Giant monsters of our own making

There’s a scene in “Captain America: Civil War” in which Paul Rudd’s Ant-Man transforms into a 40-foot-tall giant. But he can only sustain it for a couple of minutes before he crashes out of the fight altogether and has to take a three-day nap to recover.

Mortgage lending is facing the same disproportionate dilemma that technology, in many ways, can make worse. It also closely resembles the private equity mentality: Scale as fast as possible, focus on KPIs to secure more capital regardless of any underlying issues they might hide and, when costs need to be cut, start the layoffs.

Technology can often be the catalyst for all three of these business tenets. It enables scale, makes KPIs like loan origination and volume look great on paper, and acts as a sort of proverbial safety net when costs need to be cut.

Look a bit closer, though, and that mentality has more plot holes than a bad superhero movie (Ant-Man is great though).

Scale for scalability’s sake doesn’t mean anything if a company has to contract at the first sign of market stress. Rate increases, declining inventory and fewer customers test lenders’ resilience and sustainability as well as their ability to cater to the customers they do have. In such scenarios, human-to-human touchpoints are often the only service that can make a homebuyer feel comfortable and confident enough to sign on the dotted line.

That means enough loan officers on staff to engage proactively with clients, to educate them and to build the trust that can only be achieved between two humans. That means reducing response times from days to hours. That means reflecting the values that customers share: community, empathy, timeliness and service. There’s yet to be a piece of technology that can do those things better than people.

And yet, an overdependence on technology often means fewer mortgage experts are on hand to delight customers and deliver a great homebuying experience. There’s no one to answer questions about DTI ratios, the down payment amount or closing costs at the moments they matter most. Customer satisfaction goes down. Customer acquisition costs go up. KPIs take a hit. Layoffs ensue and you’re back to where you started.

We haven’t seen a market like the one we’re entering in more than a decade. Much has changed since then, most notably in how lenders service customers and loans. In the next year, we’re going to find out exactly who is more susceptible to market shifts and who has tempered the rush to technology adoption with a model that relies as much on a human touch as it does on technology-driven convenience.

Just look for those taking a three-day nap.

Michael Bernstein is the co-founder and a branch manager of LendFriend Home Loans, an Austin-based mortgage lender.

This column does not necessarily reflect the opinion of RealTrends’ editorial department and its owners.

To contact the author of this story:
Michael Bernstein at mike@lendfriendhomeloans.com

To contact the editor responsible for this story:
Sarah Wheeler at sarah@hwmedia.com

The post Opinion: is the lending market overcorrecting toward technology? Maybe. appeared first on HousingWire.