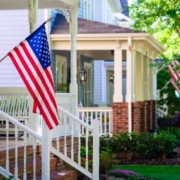 With the release to Congress of the FHA Actuarial Study it is time to make this call: HUD Secretary Marcia Fudge and President Joe Biden need to lower the FHA Premium. Not doing so is resulting in overcharging first-time homebuyers and especially African American and Hispanic borrowers, the segments of our housing population needing the greatest support.

I say this as a former FHA Commissioner and as someone who, back when the fund was truly stressed, went to Congress asking for additional authority to raise premiums. And once that was legislated, I raised them. This time it’s different. This time we need a universal call to this administration, which is made up of Democrats who speak often of wanting to help minority and first-time homebuyers.

The call is this: Lower the FHA MIP now.

Here are the reasons why:

This week’s release alluded to concerns over serious delinquent loans and wanting to realize the outcome of the pandemic and its impact to the fund before considering changes to any premium levels. But the actuarial already did this. It took into account all loans as of their current status. So any delay is, in essence, second guessing the actuarial itself.

I’m not arguing that forecasts are not hard, nor are actuarial reports not often found to be wrong, but the size of the current excess is enormous.

In fact, it is bigger than ever seen for FHA as a program. In other words, there is more than enough “buffer” to handle any bumps in the road ahead coming out of the pandemic and the forbearance process.

The actuarial itself is clear. FHA has over $100 billion in capital to draw from, the largest cushion ever, producing an 8.03% capital reserve ratio. While some FHA watchers compare this reserve to bank standards and may try to claim that this is too low in comparison, keep in mind that this reserve is based on an analysis looking at the entire books NPV over the life of the loan. That is a far more aggressive standard than most private market capital cushions respectively.

The reserve trend has been consistently growing for the past decade as well.

While the MMI fund suffered massive stress during the Great Recession, primarily driven by an approximate 20% drop in home prices nationally, the fund has been growing, exponentially increasing reserves by over $20 billion since last year alone and almost $58 billion over the past two years.

But there are risks.

The report worries about outcomes from the pandemic and how that may impact the fund. But two things are clear. First, severity risk is entirely different versus the Great Recession as home prices have risen dramatically versus the declines that happened from the 2008 recession.

This equity cushion is key to producing the safety net needed to keep the fund healthy. In fact since 2013, as reported in the FHA report to Congress, the average home in America has risen in value by 79.09%. This is a massive equity cushion that would blunt the blow of almost any economic trend in any simulation.

Secondly, we have seen the impact of the new waterfall modification efforts implemented at FHA and how effective they are. In fact, the FHA forbearance numbers are clearly showing the effect, in a good way, with the majority of homeowners already transitioned out of forbearance.

So, why is this important? Because failure to reduce premiums now means that first-time homebuyers, and minority homebuyers, will face an excessive homeownership tax that is unnecessary. Just look at HUD’s own data on FHA lending:

1. 84.61% of FHA loans are to first-time homebuyers. Compare this to the larger market of the GSEs who only hit a 45% FTHB rate and it is clear that FHA is the primary entry program to homeownership and hits younger people at a time where every penny counts — far more than those in higher income brackets.

2. FHA is the primary resource for African American and Hispanic borrowers. 17% of all loans made by FHA were to black borrowers and 25% to Hispanic borrowers. Compare this to the much larger private market of the GSEs, VA and more where their role is 6% and 10% respectively. FHA is the primary source of finance for younger and more diverse borrowers who are purchasing their first home and proportionate to the much larger volumes of the GSEs combined, this only exacerbates their unique role in this critical space that the President and Secretary Fudge speak about so often. In other words, as John Kennedy asked, “if not us, who? if not now, when?”

There is so much more here that calls for FHA to take action and now. But let me summarize the points here.

Look, I have heard all the arguments against a premium reduction. They range between GNMA investor confidence to past history. When I was Commissioner, and in years subsequent to that, I led the fight against premium reductions as I held deeper concerns about building a cushion so that the FHA program would never be at risk going forward. But we are well past that point. Keeping the premium this high when the fund is growing at this rapid a pace is harming the borrowers whom this administration spends so much time talking about.

The time is now. Lower the FHA MIP.