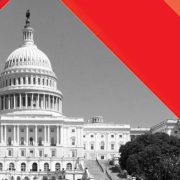 But a major part of the letter dealt with a broader issue that CHLA believes merits much more public and Congressional discussion than it is getting: What is the proper role of Fannie and Freddie and what authority should FHFA have or exercise to shrink the GSEs’ market footprint?

With the implosion of the Private Label Securities (PLS) market after the subprime fiasco in 2008, Fannie Mae and Freddie Mac (along with FHA) have assumed an increasing market share of the origination of 30-year fixed rate mortgages. In response, both competitors of the GSEs and individuals who want to shrink the government’s role in mortgage markets have argued that FHFA should take actions specifically designed to shrink the GSEs’ footprint. The argument is that “private markets” should have more mortgage market share.

The PSPA caps from a year ago January on loans to underserved borrowers, on investor and second home loans, and on small lender access to the cash window appear to have been designed for precisely that purpose. Fortunately, Acting Director Sandra Thompson suspended those artificial caps last September.

CHLA strongly opposed the PSPA caps. And, in our recent FHFA fee hike letter, CHLA argues that it is never appropriate for the FHFA to take actions whose main objective or impact is to arbitrarily shrink the GSEs’ footprint. The GSEs’ statutory charter directs them to serve the entire mortgage market, including low and moderate income borrowers and underserved communities.

The statute also identifies what loans the GSEs cannot make, such as loans over certain dollar amount and commercial loans. It does not envision FHFA making these sorts of decisions.

In our letter, CHLA noted that we are never happy with GSE fee hikes, but are open to them if they are part of a larger strategy to keep fees down on core GSE loans and loans to underserved borrowers. But we also laid out a strong case against arbitrarily shrinking the GSEs’ footprint.

Let’s unpack the argument that the GSEs’ footprint should shrink in order to facilitate more “private market” loans. Are these proponents referring to banks? This seems ludicrous. Banks should not assume the significant interest rate risk inherent in 30-year fixed rate loans because of the possible interest rate mismatch with deposits, a phenomenon that sunk countless banks and S&Ls in the 1980s.

Fortunately, banks protect against that interest rate risk through Federal Home Loan Bank (FHLB) advances and access to the Fed discount window. Great – but proponents should not argue that this is the “private market” or that taxpayers aren’t on the hook. The FHLB is just as much a GSE as Fannie and Freddie. And the Federal Reserve may not technically be the federal government – but their assistance is hardly the free market.

The other main option for 30-year mortgages is the PLS market. Thirteen years after the subprime crisis, this market is still struggling to find its footing. The simple truth is that the PLS market serves certain areas reasonably well — like low LTV loans and high-income borrowers. But it is not clear if it can ever adequately serve the key mortgage functions of providing affordable higher LTV loans to first-time homebuyers and underserved borrowers.

So, beware when people starting using terms like “private market” and “shrinking the government footprint.” In practice, the main impact of actions to accomplish those objectives is to diminish access to mortgage credit for minorities, underserved borrowers, and first-time homebuyers. At a time of rising prices and a generation of younger families at risk of being shut out of homeownership, this would be precisely the wrong approach.

CHLA thinks Acting FHFA Director Thompson is getting this just about right — suspension of the PSPA caps and pricing policies which focus on core, underserved, and minority borrowers.

Unfortunately, we expect the push to arbitrarily shrink Fannie and Freddie under the guise of “private market” rhetoric to continue, if not accelerate.

So, CHLA is calling on Congress, FHFA and policy holders to thoroughly debate this issue. And we urge policy makers to come down in the end on the side of reaffirming the statutory responsibility of Fannie Mae and Freddie Mac to serve all of the nation’s mortgage markets. At a time of rising home prices and a generation of younger Americans at risk of being locked out of homeownership, this imperative is more critical than ever.

Scott Olson is the Executive Director of the Community Home Lenders Association (CHLA).

To contact the author of this story:
Scott Olson at scottolson@communitylender.org

Housing Market Affordability Has Crossed a Concerning Threshold in the U.S.
Scroll to top