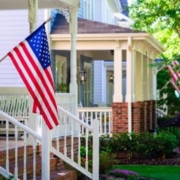 Phoenix, Las Vegas, Sacramento, Austin and Atlanta were the most popular destinations for Redfin.com users looking to move to a different area last month, with many of the potential homebuyers coming from Los Angeles, San Francisco, and New York.

The analysis, which found that nearly one-third of users looked to move to a different metro area in April, is based on a sample of more than two million Redfin.com users who searched for homes across 87 metro areas. Phoenix, Las Vegas, and Sacramento all saw more than 6,000 Redfin users move into the respective metros in April.

Daryl Fairweather, Redfin chief economist, said movement from one metro area to another has been trending upward since the beginning of the pandemic, as Americans continue to take advantage of remote working and the ability to live in cheaper parts of the country.

“The swell in relocations may be coming down from its peak, but the share of homebuyers looking to relocate to a different area is still well above pre-pandemic levels,” Fairweather said. “The dust has not settled. There are still a lot of unknowns about what portion of workers will return to the office and how many will pick up and move because they finally have clarity from their employers about whether or how often they can work remotely.”

A prior analysis of U.S. mail change of address requests by Bloomberg’s CityLab found that while most people fleeing America’s largest cities stayed relatively close to where they came from, though Sun Belt regions that were popular prior to the pandemic did see gains.

“The phrase or the concept of urban exodus, that really only applies to New York and San Francisco,” Stephan Whitaker, a policy economist at the Federal Reserve Bank of Cleveland who’s been analyzing migration patterns during the pandemic, told CityLab.

Andrea White, a Redfin agent based in Sacramento, said the more affordable inland metros tend to be the most popular destinations for Redfin.com users searching for homes in a different part of the country and even within California.

“When potential buyers look at listings in Sacramento, they realize their big-city rent costs more than a mortgage here,” White said. “Most of them aren’t concerned that competition is intense and home prices are going up because it’s an attractive lifestyle move. Employees who have the option to work remotely often decide it’s worth the tradeoff to move out of a big city to live in a larger home for less money.”

This follows a trend all over the country, as movers are looking to buy larger, cheaper homes in smaller metros like Bay City, Michigan, Pueblo, Colorado, Portland, Maine, and Harrisburg, Pennsylvania.

“Some buyers from the Bay Area and Southern California are nearing retirement and want to escape the hustle and bustle of city life, and some are planning to have children in the future and they’re looking for a more spacious home to raise their family,” White said.

For New Yorkers, the most common out-of-state destination was Boston. And those most likely to leave Boston were headed to Portland, Maine.

The post NYC, LA and SF residents are moving to these cities appeared first on HousingWire.

Should You Invest in Real Estate During Retirement?
Scroll to top