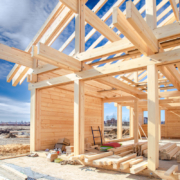 After dipping by 0.7% in October, housing starts were back up in November. They rose 11.8% month-over-month to a seasonally adjusted rate of 1.68 million units, according to a report released Thursday by the U.S. Department of Housing and Urban Development and the U.S. Census Bureau.

HUD and the Census Bureau are attributing this increase in production to strong demand for new construction. As housing inventory across the country continues to remain at historic lows, it comes as no surprise that many prospective homebuyers are turning to new construction.

“Mirroring gains in the HMI reading of builder sentiment, single-family housing starts accelerated near the end of 2021 and are up 15.2% year-to-date as demand for new construction remains strong due to a lean inventory of resale housing,” Chuck Fowke the chairman of the NAHB said in a statement.

Looking into the new year, overall housing permits increased 3.6%, with single-family permits rising 2.7% and multifamily permits rising 5.2%, suggesting that new inventory, in the form of new construction, will eventually hit the market, helping alleviate some of the crunch felt by such low inventory levels.

“The bottom line is we need more homes and it will take time to reduce the housing stock ‘debt’ in the face of growing demand,” First American deputy chief economist Odeta Kushi said in a statement. “But today’s housing starts report, in combination with a positive builder’s sentiment report, sends an optimistic message about the housing market as we enter 2022.”