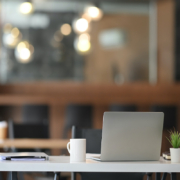 This is the second time the seven-year-old, Boston-based firm has instituted layoffs. In 2019, Notarize made cuts after financing fell through on a funding round.

“We are exceptionally proud of the team we’ve built and they are leaving through no fault of their own – they are truly the best of the best. I will forever be grateful for the chance to work with them,” Kinsel wrote on Twitter. “The decision was mine. I take very seriously the commitments we’ve made to regulators, legislators, & industries who changed laws and policies to unlock the digital future we’re creating. I believe, Sequoia Capital, that this is a ‘crucible moment’ & have made the decision to put Notarize on a path to profitability w/ our current capital so we can provide our service in perpetuity.”

Notarize has posted and is updating a list of “Notarize Alumni” who are now looking for work. Eliminated positions include a corporate onboarding manager, a solutions engineer, members of the closing operations, sales, and customer success teams, as well as several others.

With the onset of the COVID-19 pandemic increasing the need and demand for RON services, and nearly all states and counties across the country approved emergency legislation legalizing RON, Notarize rapidly expanded. A super-hot housing market helped.

In March 2021, Notarize announced it had raised $130 million in its Series D funding round, which was led by Canapi Ventures. The funding round valued Notarize at $760 million, triple its valuation at the time of its $35 million Series C funding round a year prior, at the start of the pandemic.

“Our regulatory victories and partnerships have put the company in a fundamentally different position over the past two years, and our strategy must evolve,” Kinsel wrote in a statement. “We can no longer delay in addressing these issues. Additionally, the state of the economy and world events is creating a lot of uncertainty and putting significant pressure on businesses everywhere. While many of these factors propel Notarize’s business, they also change the company’s access to future investment and force us to re-evaluate what we can invest in and pursue.”

The firm is offering laid off employees severance packages and support services as they search for new positions.

The post Notarize lays off 25% of its workforce appeared first on HousingWire.

How to Choose Your Real Estate Investment Strategy
Scroll to top