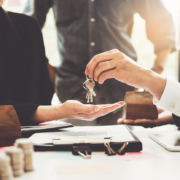 Poraj-Kuczewski plans to focus on driving “customer awareness, demand and retention” to support New Western in its growth stage and to make the firm “a leading industry brand,” he said, according to a statement.

Poraj-Kuczewski brings the expertise of “a leader with a proven track record optimizing capabilities, positioning and tangible business results,” according to Kurt Carlton, co-founder and president of New Western.

The executive brings more than two decades of experience in customer acquisition, engagement and marketing communication strategy. Poraj-Kuczewski most recently served as vice president of marketing at ClickBank for more than two years. Before that, he led marketing at tech companies including Quote Wizard, Redfin and Education Dynamics.

The Texas firm has locations in more than 25 cities and connects with sellers more than 100,000 local investors looking to rehab houses, according to its website. Last month, New Western opened its first office in Chicago, marking expansion into its 19th state.

The company has a goal of revitalizing some $543 million in residential properties in the Chicago market during the next five years, according to representatives for New Western. It estimates there are about 3 million “aged properties” in the Chicago area alone, with almost 88% of them built before 2001.

New Western calls itself “the largest private source of investment properties in the country.” Since it was founded in 2008, New Western has bought and sold about $12 billion in residential real estate.

As mortgage rates skyrocketed in May, ARMs doubled
Scroll to top