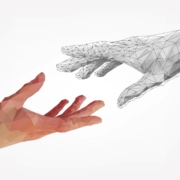 According to a release from Volly, the acquisition of Home Captain’s technology will extend the company’s reach into the real estate realm.

Co-mingling of the two companies previously took place in October 2020, when the tech providers announced an integration partnership. At the time, Volly cited the union as a means for the company’s lending clients to utilize Home Captain’s concierge and technology offering throughout the homebuying and mortgage origination process.

This was just one month after Volly announced an $11 million Series B growth equity round led by Camden Partners and backed by existing investor, New Capital Partners. Jason Tagler, General Partner and Managing Member of Camden Partners, joined the Volly board as part of this investment.

There is no word yet on how the Home Captain team will be ushered in, however, Halbrook expressed excitement over Home Captain CEO, Grant Moon joining the team.

Founded in 2013, Home Captain put its name on the digital mortgage map after being one of the first initiates to complete Flagstar Bank and the FinTech Consortium‘s MortgageTech Accelerator program. The initiative was originally launched by Flagstar to guide late-stage mortgage tech startups in an effort to evaluate the viability of future investments and partnerships.

“This opportunity further solidifies our ability to grow together and improve our industry-leading products and services to help lenders and servicers solve for their ever-evolving obstacles,” said Grant Moon, Volly’s new CRO. “I believe we are on the cusp of making meaningful changes in the financial and real estate tech space and am thankful to play a role in that transformation.”