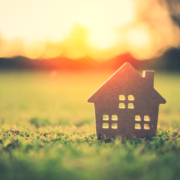 The average 30-year fixed-rate mortgage was stagnant at 2.88% for the week ending Sept. 9, according to mortgage rates data released Thursday by Freddie Mac‘s PMMS.

According to Sam Khater, chief economist at Freddie Mac, the recent rise in COVID cases has hindered progress in the economy overall.

“While the economy continues to grow, it has lost momentum over the last two months due to the current wave of new COVID cases that has led to weaker employment, lower spending and declining consumer confidence,” said Khater. “Consequently, mortgage rates dropped early this summer and have stayed steady despite increases in inflation caused by supply and demand imbalances.”

“The net result for housing is that these low and stable rates allow consumers more time to find the homes they are looking to purchase,” Khater said.

Mortgage rates have struggled to reach 3% for most of 2021, despite predictions. Low-cost financing is driven in part by the Federal Reserve’s ongoing monthly asset purchases.

Although the central bank previously signaled that by November it would at least begin to taper its $120 billion in monthly purchases of U.S. Treasury bonds and mortgage backed securities, the rise in COVID cases has cast doubt on that timeline.

Consumers, meanwhile, are still desperate to buy homes. The lack of available inventory coupled with sustained consumer demand has continued to drive historic increases in home prices. In June, home-price growth in the U.S. reached a record high, up 18.6% year-over-year, according to the S&P CoreLogic Case-Shiller Index.

It was the most annual growth the market has seen since in the 34 years the index has been monitoring home prices.

Low interest rates coupled with dramatically rising home values have left homeowners with a massive amount of available equity. In just the second quarter of 2021, Black Knight found, homeowners withdrew $63 billion — the most in a single quarter in nearly 15 years.

That’s just a fraction of the $9 trillion in remaining tappable equity. Due to rising home values, the average homeowner could refinance their mortgage and withdraw $173,000, while keeping 20% equity in their home. Tappable equity rose $20,000, on average, from the prior quarter.

That strong equity position gives homeowners a cushion as they exit forbearance. Ninety-eight percent of those still in forbearance as of mid-August have at least 10% equity. That stands in sharp contrast to the last downturn,when 28% of mortgage holders were underwater.

That will keep those homeowners from foreclosure, according to Ben Graboske, president of data and analytics at Black Knight.

“Such strong equity positions should help limit the volume of distressed inflow into the real estate market as well as provide strong incentive for homeowners to return to making mortgage payments — even if needing to be reduced through modification,” Graboske said.

While borrowers decide whether to cash in on their equity by refinancing, the purchase market continues to struggle with high demand and low inventory of available homes.

This week, mortgage application volume fell to the lowest level since mid-July, declining 1.9% for the week ending Sept. 3, according to the Mortgage Bankers Association‘s weekly tally.

A dip in the refinance index drove the overall decline, which was 3% lower than the previous week and 4% lower than the same period last year, during the height of the refi boom. As a share of overall mortgage activity, refinances remained unchanged at 66.8%. The adjustable-rate mortgage share of total applications declined by 2.5%.

But while the industry has long expected at least a slight drop-off in refinance volume, purchase activity also failed to meet expectations. Michael Fratantoni, chief economist at the MBA, attributed the results to “mixed signals” from economic data, including slower job growth but a drop in the unemployment rate.

“We expect that further improvements will lead to a tapering of Fed MBS purchases by the end of the year, which should put some upward pressure on mortgage rates,” said Fratantoni.

Applications for Veterans’ Affairs mortgages increased to 10.4% from 9.7% the week prior, while Federal Housing Administration-insured mortgages saw a decrease in applications to 10.9% from 11.2%. The United States Department of Agriculture share of mortgages held steady at 0.5%.

The post Mortgage rates stuck at 2.88% amid rise in COVID cases appeared first on HousingWire.